You are here: Home / Featured / Roads and signs need recycling to pay for green drive

Road surfaces will have to be recycled along with old signs as part of the Government drive towards a greener future, says one engineering company.

Rishi Sunak set out his first Spending Review against the backdrop of an economy ravaged by the effects of Covid-19.

The Chancellor announced measures to support Boris Johnson’s “levelling-up” agenda with the publication of the National Infrastructure Strategy and investment across the UK’s regions and nations, including £1.6 billion for local roads.

This Spending Review comes a week after the announcement of the Government’s 10-point green plan. In the new plan, there are a number of initiatives that will need the help of infrastructure specialists to help meet the goals. For example, to support the phase-out of new petrol and diesel cars from 2030, £1bn will be spent on supply chains and manufacturing, with another £1.3bn going on charging infrastructure.

Grants subsidising the cost of electric cars will be extended until 2023, and the government says the industry will support 40,000 new jobs by 2030 and save 300 million tonnes of carbon dioxide. To help move people away from cars and onto other forms of transport, it has already been announced £5bn for buses and cycling and £4.2bn for public transport.

Money will be spent on 4,000 zero-emission buses and rail electrification, as well as more cycle lanes and low-traffic neighbourhoods, building on a scheme rolled out in councils across the country this year. 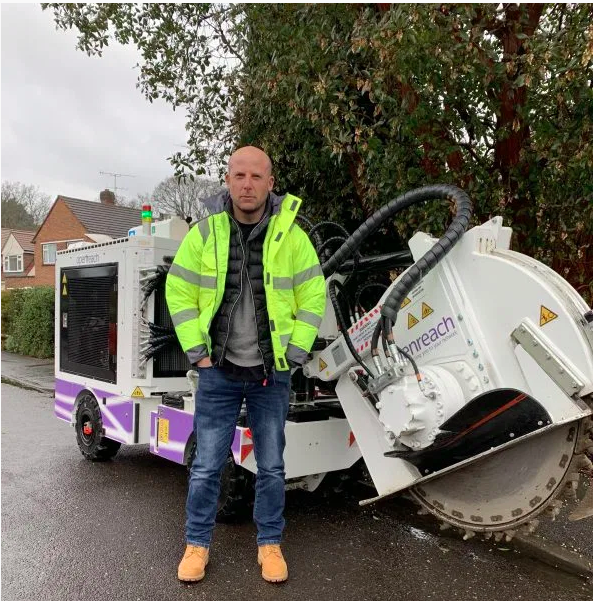 Harry Pearl (right), CEO of Roadmender Asphalt, said, “This new green plan will revolutionise the way that roads and the wider infrastructure is both produced and maintained.

“The processes and materials used to build and maintain roads will have to become more sustainable.

“There is a huge amount of waste in the industry so reclaiming and recycling used bitumen, a technique we are pioneering at Roadmender Asphalt, will become the norm for road builders.

The ironwork and architecture around highways are also going to have to change to accommodate a new landscape. New charging points and signage will require additional materials but producers will be encouraged to recycle as much product as possible.

Therefore, it is like that sign producers, metal workers and ironmongers, will be encouraged to reclaim old or unused signage and recycle to raw material. This may be a trend seen across the entire market, but if successful, those in the industry will be leading the way in industrial recycling and sustainability, he added.