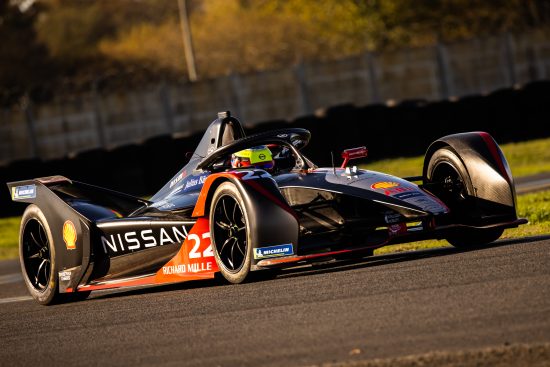 Nissan’s made a long-term commitment to the ABB FIA Formula E World Championship racing through to the end of season twelve 2025-2026 of the all-electric racing series.

Nissan joined the series in season five as the only Japanese manufacturer.

The Gen3 era of the championship begins in season nine — the 2022-23 season — and will feature even more powerful and faster cars.

Nissan races in this world championship to bring the excitement and fun of zero- emission electric vehicles to a global audience. As part of its goal to achieve carbon neutrality across its operations and the life cycle of its products by 2050, Nissan intends to electrify all-new Nissan vehicle offerings by the early 2030s.

Nissan aims to bring its expertise in transferring knowledge and technology between the race track and road for better electric vehicles for customers.