You are here: Home / Features / Over 6,500 motorists driving with over 12 penalty points 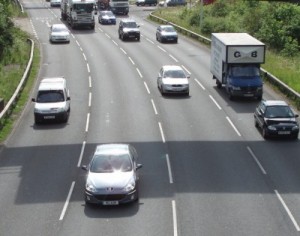 A Freedom of Information request by The Co-operative Insurance to the DVLA has revealed there are 6,523 motorists with over 12 points on their driving licences.

Young drivers are often seen as being the most dangerous on the roads, however the figures dispel this as there are more drivers in the 26-35 age bracket who are currently driving with 12 points or more than any other, with 1,880 on the roads.

According to the Government’s driving and transport department website, the courts can disqualify a driver if they receive 12 or more penalty points on their licence within a three year period.

Nottingham has the highest number of drivers currently motoring with 12 points or more in England, in Wales, Cardiff and in Scotland, Glasgow (ranked 42nd) has the highest proportion of these drivers.

There are more men than women driving with over 12 points, 84% males and 16% females.

Steve Kerrigan, Head of Telematics at The Co-operative Insurance said: “It is clear that there are a large number of drivers on the roads with over 12 penalty points on their licences.

“Despite young drivers having the reputation for being the worst motorists, when it comes to the drivers that have an excessive amount of penalty points we have found that in majority of cases older drivers, aged 26 to 55, have more points than any other, and as a proportion of their age group.

“As new generations of young drivers come through it is extremely important for safe driving education to continue and, in future, we will hopefully have safer roads as a result. We want to see the number of people on the roads with an excess number of penalty points reduce from the 6,500 figure and believe that telematics will be a key enabler to this.

“Telematics products, such as The Co-operative Insurance’s product, can help motorists improve their driving. For example, we alert drivers who inappropriately speed and offer online driving tutorials to help drivers make improvements.”

According to the DVLA, ‘In a small percentage of cases where the driver has accumulated 12 or more penalty points, the Agency understands that a Court can exercise its discretion and not disqualify the driver.

In the majority of these cases, Magistrates or Sentencers may have decided to allow drivers to retain their entitlement to drive where it is considered that disqualification would cause exceptional hardship.’