You are here: Home / News / Auctions / One-off Bristol sports car up for sale 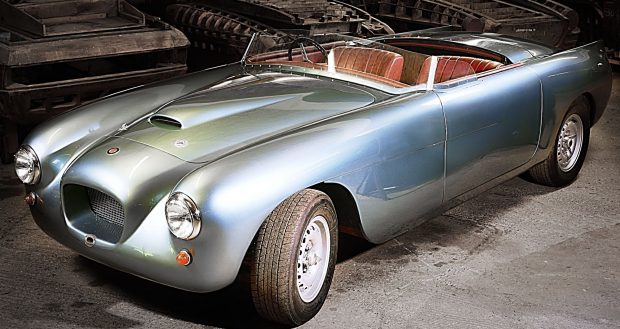 Car enthusiasts are getting a once-in-a-lifetime chance to buy a unique one-off four-year-old British sports car, and it could cost them hundreds of thousands of pounds.

The Bristol Bullet roadster is among items being disposed of by joint liquidators of Britsol Cars, which folded earlier this year.

Jeremy Frost and Patrick Wadsted of Frost Group Ltd appointed as Joint Liquidators, have been on an extensive hunt for the car maker’s assets and this discovered secret storage facility with a large quantity of designs, manuals, parts and tooling covering the many years of the businesses’ existence. Included as well were a collection of rare and vintage cars, in various stages of completeness including the first “Bristol Bullet” car.

This collection is expected to command a high price at auction when it goes up on https://bidspotter.co.uk, with some of the lots including the “Bristol Bullet” being described as so unique as to make estimating the price likely to be realized impossible to determine.

That is not to say the Liquidators expectations have anything other than increased by this finding.

Hertfordshire based machinery and business asset valuers and experts in selling this type of material, Wyles Hardy & Co, have been instrumental in dealing with the valuation and forthcoming sale of the collection.