You are here: Home / Motorsport / 2020 / Northern Ireland awaits decisions on holding WRC round

Northern Ireland will get UK Government funding if it replaces Wales Rally GB in the WRC calendar, according to media reports this week.

The rally following in Ireland is huge and the region has been trying to get the event for a number of years after it has been run in Wales for two decades, moving from South to North Wales in that time.

It is cancelled next month because of the Coronavirus epidemic  and a contract clause with WRC Promoter means it could be moved to another part of the UK or maybe dropped entirely, which is far less likely.

This week, Dirtfish.com motorsport website said the NI Assembly and its Secretary Brandon Lewis together with the UK Department for Culture Media and Sport were all supportive of the Belfast bid and move, although it will require many millions of pounds to make it happen.

The motor sport regulations require a calendar to be prepared and published and time is running out for the UK round to be included in time for the 2021 season, with possibly just a fortnight remaining to name the hosting region in the UK.

Wales Rally GB brought £10M income to the regions last year and since 2013 it has generated over £250,000 income for local charities in projects associated with it and exposed Wales to 150 countries through television rights. Any region hosting the UK round of the WRC is likely to get similar income and charitable support and it will come at a cost to Wales if it moves away. 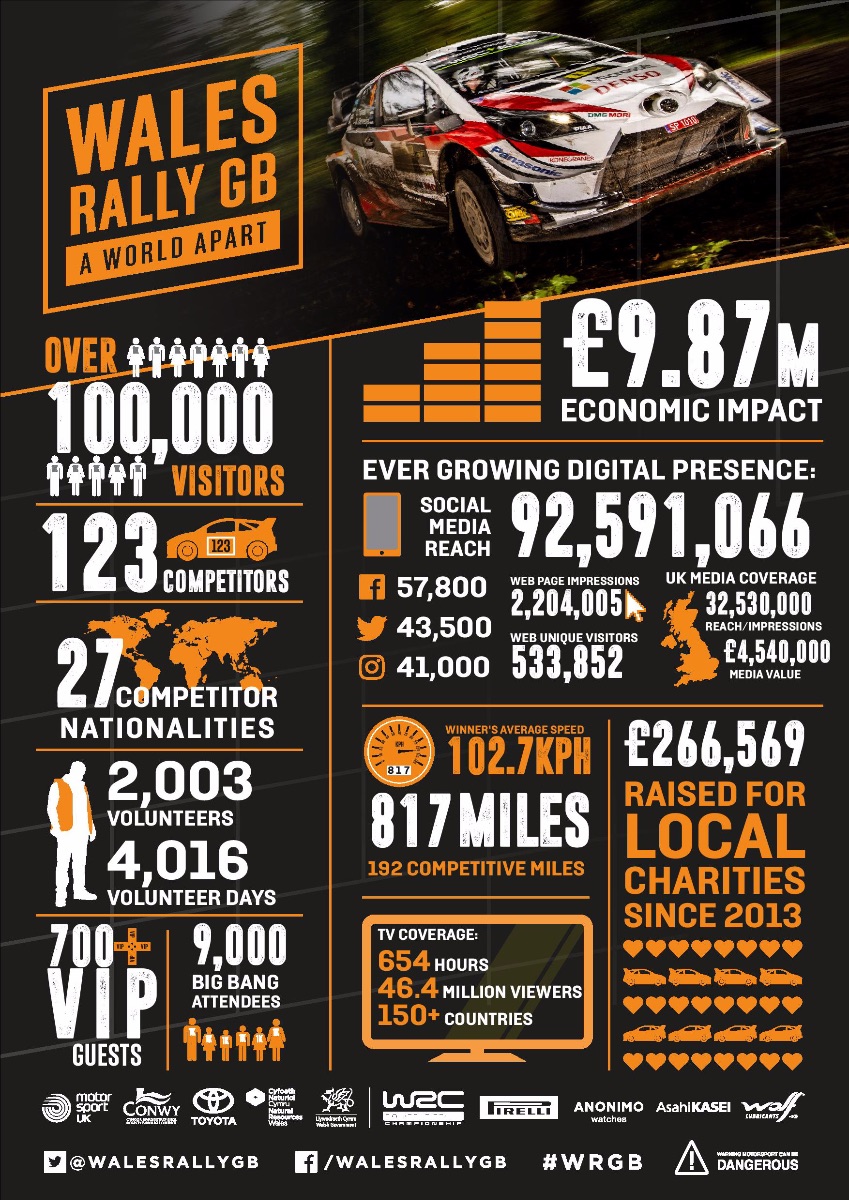