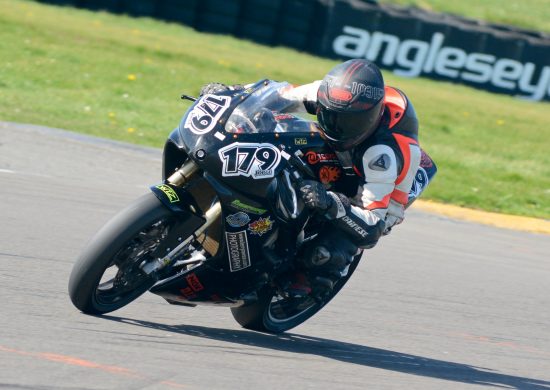 NG Road racing make their annual trek to Anglesey Circuit next weekend for Round 6 of their 2019 championship races, having previously visited Brands Hatch, Snetterton, Donington Park, Cadwell Park and Pembrey this season.

By this stage, the championships are taking shape nicely, and anyone with an eye on one of those coveted titles must be on top form as a slip up now could spell disaster.

Those that have put the hard work in so far are, Josh Day in the Open and Powerbike, Max Symonds in the 600, Jim Hind and Phil Atkinson in the 125GP and 250GP series, Dave Irons and Chris Oliver in the Streetstocks, Daniel Nelmes and Daniel Boucher in the Pre Injections, Tim Bradley in the F400, Dave Mackay in the Thunders, Edward Giles in the Super Twin with Dan Harris in the Mini Twins.

Meanwhile Bradley Richman still holds sway in the 500’s despite moving into the 600’s now. Duncan Bailie and Austin Lachlan have Desmo Due top spots with Harley Prebble and James McHardy the men most likely in the frantic Bandit series. Meanwhile Sean Able is sitting pretty with a 180-point cushion at the top of the F125 table.

NG’s fastest rider at Anglesey is Josh Day who’s fastest lap of the Coastal Circuit was 1min 07.73sec, which equates to 82.37mph, set in April last year on his ZX10R Kawasaki, when he shaved a tenth or two off the lap record that he also held previously. After destroying his R1 at Pembrey just a few weeks ago it is difficult to think that we will see him on the grid this weekend in the big bike classes, however, he still has his 959 Panigale to call upon!

Adding extra interest to the weekend NG Road Racing is again running and promoting the British National series for 125cc and 250cc GP machinery. This is the only place in the UK that you will see these ex-GP machines racing for a full British Championship title, backed by the ACU. There are also the smallest bikes on the National scene here on Sunday with the British ACU 50cc series.