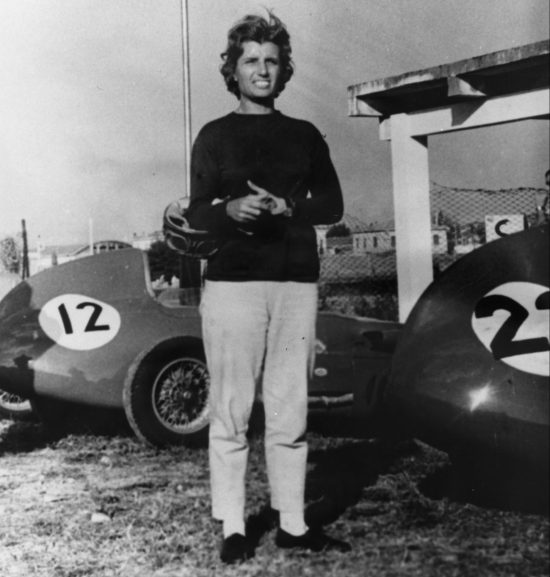 Maria Teresa de Filippis was the first woman to qualify for a Formula 1 Grand Prix, behind the wheel of a Maserati 250F and her story of passion and audacity has inspired Maserati to celebrates her achievements on the occasion of International Women’s Day, 8 March.

Born in Naples in 1926, in 1948 she participated in her first race winning the 10 km Salerno-Cava de ‘Tirreni, 500cc class of the touring car category before in 1958 behind the wheel of a private Maserati 250F, Maria Teresa de Filippis made her debut in the GP of Syracuse and then competed in her first Formula World Championship Grand Prix in Belgium and died aged 89 in 2016.

Women drivers have told Uswitch they are very confident about parking and going to a garage, but are less content to change a tyre or buy from a private seller.

The confidence varies with age, experience and task undertaken.

Citroën UK is offering a five-year/100,000 mile warranty on all new models ordered through its online Citroën store.

Available previously only on new ‘C-Series’ models – and subsequently New C4 and ë-C4 – ordered online via the Citroën Store, the offer has now been extended to all models ordered via the new online platform.

Four out of 10 households in the UK have used their car as an additional space to work, place to relax or even to catch up on TV shows during the pandemic, according to new research by Peugeot UK.

The study of 2,000 drivers found 41% of households with four or more people said they had started to use their car for other purposes than driving during Covid-19 lockdowns as the car has become a place of peace and quiet, according to the research which also matches a similar study for Volkswagen Financial Services.

Kwik Fit says that while car journeys are half what they were before lockdowns started, their owners have not been slow to use their time off to get vehicles serviced.

The fast-fit chain has seen a 38% rise in work carried out.

Orders for the 100% electric Fiat E-Ducato are now open, priced from £47,675 excluding VAT (after the Government PiVG), enabling customers to receive all the benefits of having zero tailpipe emissions with the versatility of a large LCV.

Kickstarting the Fiat brand’s foray into 100 percent electric vehicles, the E-Ducato large LCV has a range of between 113 and 230 miles, depending on the variant.

Although car sales slumped over a third in February, Britain’s light commercial vehicle market grew by 22.0% in the second month of the year, according to the latest figures released today by the Society of Motor Manufacturers and Traders.

Usually one of the year’s weaker months as many operators wait for the new March number plate, 2021 saw the strongest February since 1998, with 17,205 new models hitting UK roads.

The M5 is the most dangerous road for animal deaths, according to information sent to Uswitch.

Almost 280 incidents of roadkill were reported, compared with 74 along the M4 in Waes and deer were the greatest hits.