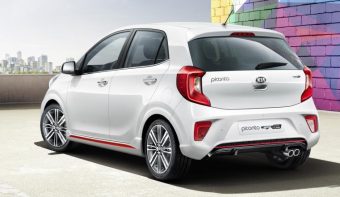 This is the all-new Kia Picanto, the third-generation of one of Kia’s global best-selling cars.

Created by Kia’s design centres in Namyang, Korea and Frankfurt, Germany, the new Picanto comes to Britain in the spring after is full reveal at the Geneva motor show in March.

More than half of drivers, who made a New Year’s driving resolution, have opted to drive less, walk more or drive more economically, probably due to the higher cost of fuel, according to the AA.

The most common New Year’s Driving resolution made by drivers was actually to walk more, according to an AA Populus poll of 17,979 drivers and came as a survey showed pump prices have jumped by the highest for 18 months.