There will be new model generations in five core series, expansion of SUV family, extensive electrification and technology for driverless city cars ready for an initial small series by 2021.

The average price of petrol fell by nearly 2p a litre in May while diesel tumbled by 2.5p after retailers finally passed on savings in the wholesale price of fuel, shows data from the latest RAC Fuel Watch report. 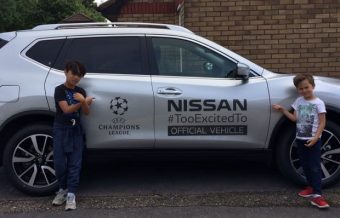 The facelifted Nissan X-Trail was given its UK debut as the official sponsors’ vehicle for the UEFA Champions League Final in Cardiff.

A fleet of the restyled and better equipped vehicles was brought in to convey officials around the events and between airports, and it goes on sale in August.

A high performance 133mph addition has been made to the latest Renault Megane series.

The twin-turbo GT dCi 165 Auto EDC comes in hatch or tourer bodystyles from £27,740 and among features is a chassis with four-wheel steering to enhance handling.