Ford has expanded its fast-growing Active range with the new Tourneo Connect Active people mover and Transit Connect Active van variants from £21,285 and £21,675, respectively, with deliveries from the end of this year.

As thousands of ten-year-old commercial vehicle tyres are banned under new safety laws, a smoother ride is likely for every motorist.

Roadmender Asphalt of Sheffield has stepped up its business to use ground up old tyres in new road surfaces, leading to quicker repairs, smoother and quieter roads and improved waste reduction.

The free Tesco EV charging points at selected stores have given away enough energy to power the homes of about 130,000 people.

The first point was installed in November 2018 and 200 stores nationwide now have them in a venture including Pod Point and Volkswagen. 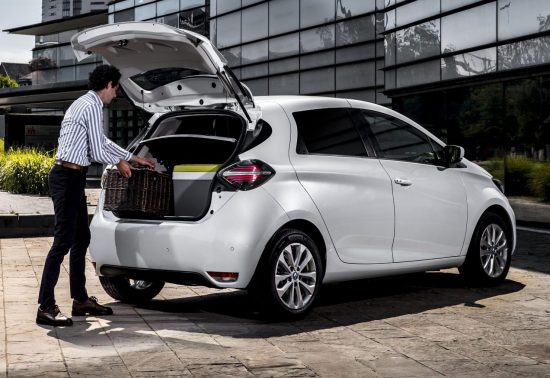 Renault PRO+ has revealed the ZOE Van with its one cubic metre space and 387kg payload.

The latest addition to Renault’s expanding Z.E. PRO+ range offers more choice than ever for commercial vehicle buyers looking to switch to an electric van with 245-mile WLTP range from £15,180.

With almost 10 million jobs currently on furlough, those homeowners with a driveway and facing a shortfall in their salary could benefit by renting out their driveway to motorists, advises YourParkingSpace.co.uk .

The online parking portal’s latest figures show that its customers make more than £1,100 per year on average when looking at the top 50 earning rented driveway towns and cities.

Weekend parking by visitors to Snowdonia and Barmouth has raised safety fears.

Patrols issued hundreds of £30 FPN to vehicles which blocked the A4086 and surrounding roads and also the exit for Barmouth lifeboat station.