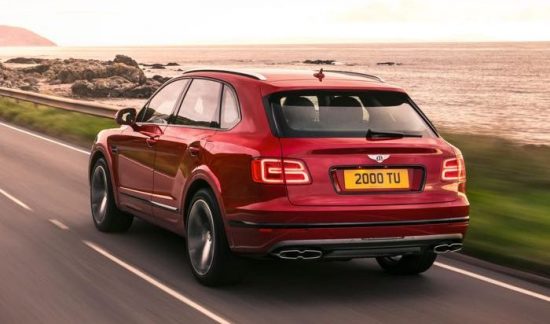 A new 542bhp 4.0V8 petrol engine has been fitted in the luxurious Bentley Bentayga SUV.

It gives the premium model a 0-60mph time of 4.4 sec and max 180mph and it can be ordered with the world’s largest carbon-ceramic brakes, has standard dynamic programmes with optional electric ride control, high quality interior including polished carbon inserts from £136,200.

A German court has ordered Porsche’s board to reveal what it knew about the VW Group diesel scandal.

It also must disclose if any evidence was destroyed as it was learned that some documents were dumped by VW officials before the US investigation was completed.

Former market director Stephen Norman told press that the plant must meet set targets and even improve on them if its future is to win new work.

About 100,000 cars a month are failing emissions tests in the UK.

Now a CGON device fitted in the engine bay can reduce the gases and improve pass rates, but it costs £460, although it also improves fuel economy and keeps the DPF valve cleaner.

Fiat Chrysler is the latest motor manufacturer to pull assembly of a model out of  Mexico and move production into the United States.

It will build the Ram Pick Up in Michigan in 2020 to reduce the impact of the US withdrawing from NAFTA.