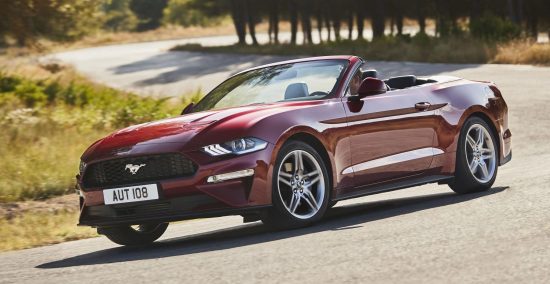 A more advanced and technically refined Ford Mustang for Europe has been unveiled.

It features enhanced 450PS 5.0V8 engine with 10-speed automatic, revised suspension, safety systems and improved equipment but it will be at least six months before the new series hits European roads.

PSA will share its EV knowledge and experience with newly acquired Opel/ Vauxhall for future vehicles.

On the eve of the German motor show this week, Peugeot Citroen said it would back EVs for the brands it bought this year, but added they must be profitable without subsidies.

Mercedes-Benz is expecting to take a profit hit to fund development of next generation electric models.

It believes a quarter of its sales in the next decade will be EVs and it is looking at an 8-10% return, it has told Automotive News Europe.

Berlin is favoured for the base of the new European design centre for Chery Automobile, of China

It’s showing a new SUV it plans to launch in the next few years at the German motor show this week.

A group of road safety organisations has written and asked major systems suppliers and the mobile phone makers association to introduce an ‘ opt out ‘ mode on new handsets for drivers.

It is a development of the airplane mode most are familiar with but under the new proposal would be default setting which a driver would have to over-ride to enable calls and text messages.

European truck makers are facing a multi-million-Euro claim from vehicle operators for price fixing on sales between 1997 and 2011.

Last year the EC fined five makers almost €3 billion for their cartel operations and now the Road Haulage Association is leading about 2,000 UK businesses in their fight for refunds, but thousands more may join the campaign being administered by legal specialists.

The RAC has urged better designed new motorways to cater for 30% of drivers who do not have them on their regular routes and are inexperienced on them.

Their study showed 89 councils do not have them, including most Welsh authorities, and the AA warned this could become a problem if a new driving test made motorways part of the driving test requirement instead of voluntary.

Cycling UK wants a campaign to alert vehicle users to dangers of opening doors without looking.

It is backing the ‘Dutch reach’ which uses the person’s inside or UK left-hand to open a door, partly turning around in their seat to do so and getting a better view of those behind.