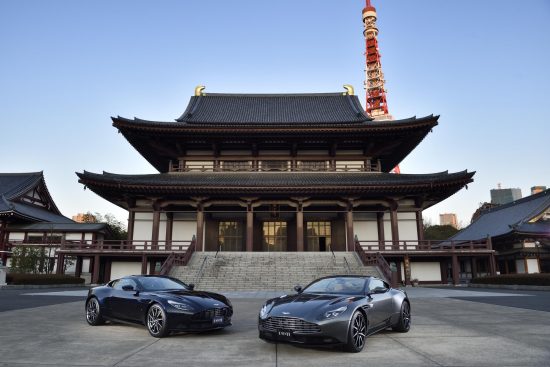 Aston Martin St Athan plant will play a key role in the company’s £500M business deal with Japan over the next few years, said president and chief executive Andy Palmer.

He was speaking during a British trade mission to the Far East and outlined the new models being made in Wales and its Gaydon HQs in future years.

Parents at an Anglesey school have called for more flexibility over increases to bus fees.

Last year, the fee to Ysgol David Hughes in Menai Bridge from Llanfairpwll was £80 for a child aged 11-16, but goes up this year to £108 and parents said this was a “considerable increase” for families with more than one child.

They are being brought in to cut emissions in towns.

THINKWARE, has introduced a top of the range model, the F800 Pro.

Users can easily control and manage their F800 Pro dash cam with cloud connectivity and built-in WiFi via an iOS or Android smart phone, to view, download, access or delete recorded images as well as enable firmware and safety camera updates via the app from £269.

Honda will show concepts of future hybrid models on its German motor show stand this month.

Also in the spotlights will be the new Jazz and a diesel version of the Civic.

Renault and Nissan will jointly develop a new electric car in China with Dongfeng Motor Group.

The new small car uses an existing platform as its base but integrates EV technology and it could be adapted for European sale at a future date.

Land Rover is selling three-day Eastnor Experiences for £325 a driver and £95 for passengers each day.

The Hereford venue has been extensively used by the company to develop its off-road models and drivers’ skills for over 62 years.

Tune in to Channel 5 tonight at 8pm to enjoy a new series, Celebrity 5 Go Motorhoming .