The Covid test is familiar to everyone, but it’s also been a test for supercar makers such as McLaren.

While individuals coped with invasive personal tests, the high performance car brand has, like the auto-industry as a whole, been counting on suppliers and customers to keep it out of trouble and solvent for the post-pandemic period. 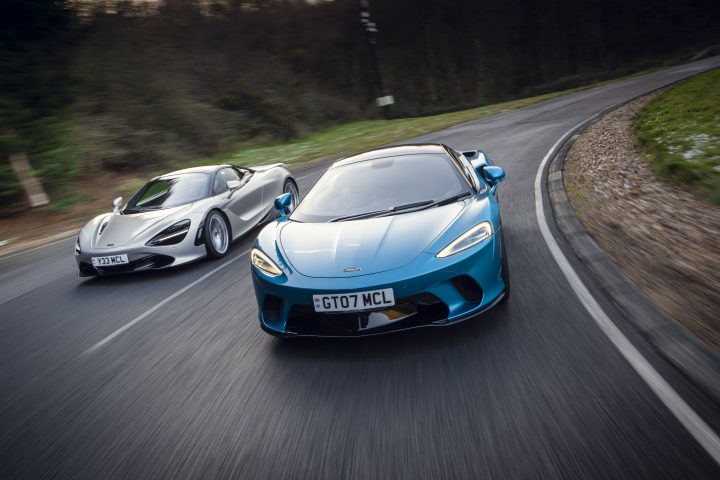 It’s not been a smooth journey over the last two years and McLaren found the going tough as it took on creditors to secure funding and then put up its factory and office headquarters for sale to raise more funds, but there are signs of stability emerging and a new business plan is being followed. 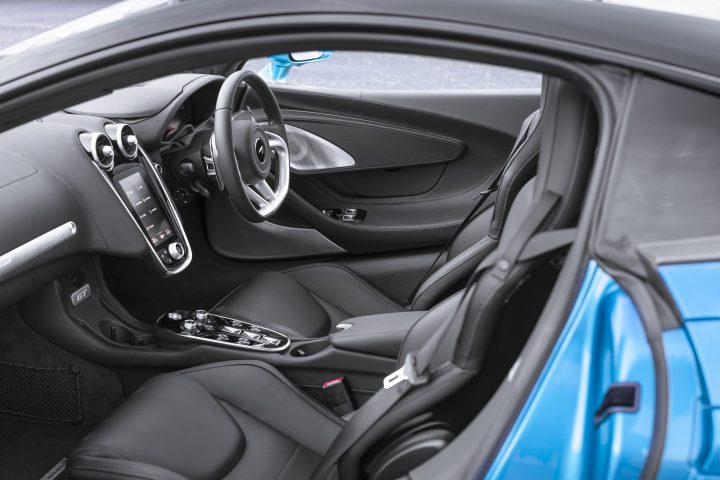 The McLaren GT steering is excellent with low upfront weight and an electro-hydraulic system which does not insulate but rather informs the driver of where the wheels are pointing. Add to that superbly balanced massive disc brakes which can sharply or subtlely slow the car and you enjoy enormous composure created in the car.

On twisting and hilly roads it stayed firmly planted without any wavering and faithfully went where it was pointed without any drama or slip so it inspired confidence through every corner.

An on-track test of full braking from 120mph was really impressive and showed up the power and precision of the carbon ceramic discs with six-piston front calipers and four-piston rears. Awesome. 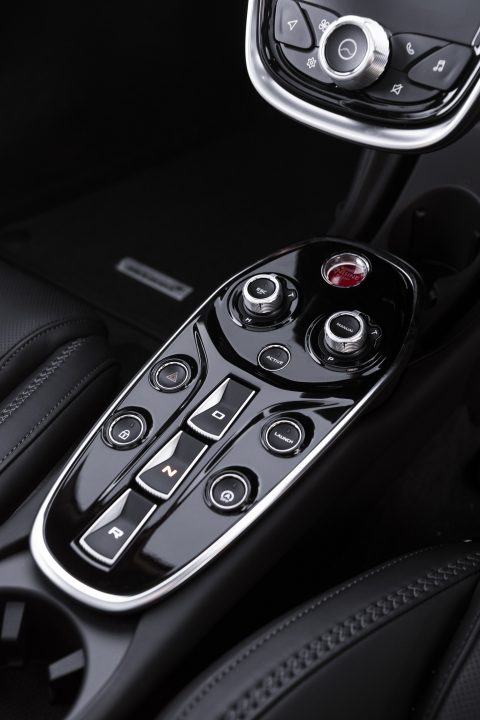 All this engineering is wasted if a car does not ride well over normal roads and the McLaren GT did not squander its speed for sophistication. The fully independent suspension of the GT does not have the full technical refinements of its more expensive stablemates but it uses longer travel springs to soak up bumps and very well chosen damper rates to modify rebound.

Add to this the simple but well shaped and supporting seats for driver and passenger and you have a grand-tourer in the finest tradition, but I did wish their powered adjustment controls were better placed for subsequent adjustment on the move if desired.

You sit very low in the McLaren GT and while there are very good views to front and sides, the sightlines over the shoulder and through the rearview mirror are poor.

Looking at the driver’s display the dominant speedometer and rev counter are clear but other gauges are small as is the satnav.

Heating and ventilation is simple and efficient, the in-cabin oddments room is very modest but you have luggage space front and back which combine to give useful capacity.

There was no opportunity to test the headlights but wipers were very effective and the airflow kept a lot of rain and sleet off the screen anyway. 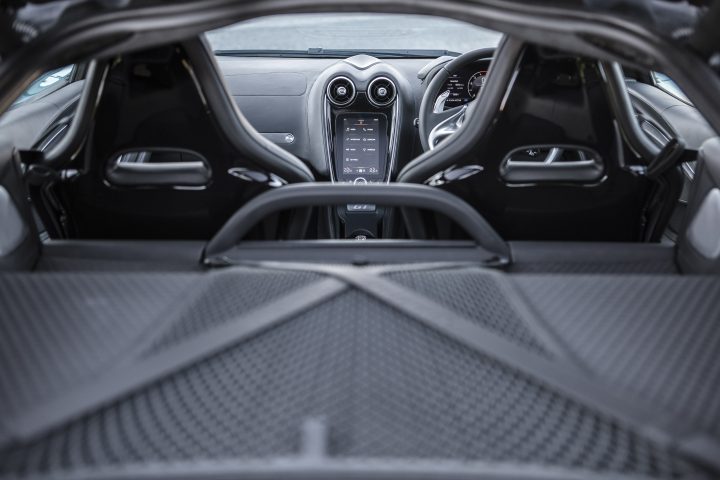 The McLaren GT is a delight for enthusiastic drivers as it’s not overly fussy to drive but rather simple to live with until you have to get out and then you just roll with it so to speak.

Equipment is not lavish either and it has a sort of stripped out appearance or at least is limited to what matters in sporting coupe.

The GT is one of the roomier regular production run  McLarens and everything fits neatly around the occupants who are comfortably cocooned so you can undertake long journeys and know they will be completed swiftly and smoothly and surely this is the ultimate test for a performance car.