You are here: Home / Featured / Morris storms out of twilight with trophy 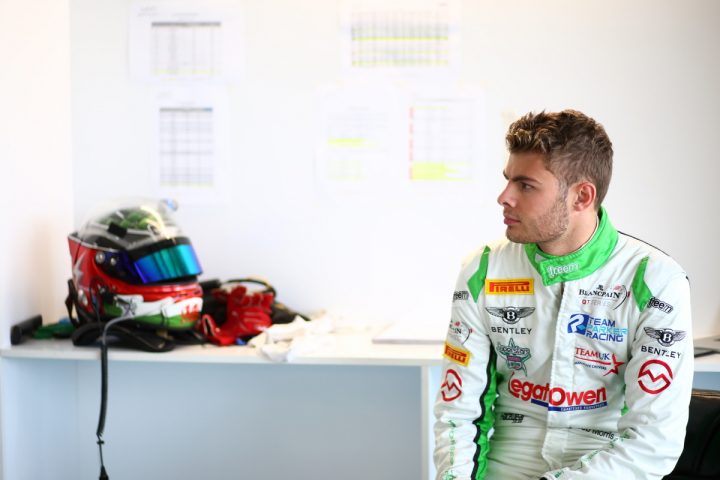 Wrexham’s Seb Morris made a very welcome, and richly deserved, return to the Pro-Am podium during round three of the Blancpain Endurance Cup season at Paul Ricard in France on Saturday with a second place in the six-hour ‘into the night’ race.

Along with team-mates Derek Pierce and Rob Smith, 22-year-old Morris (above)  produced a scintillating performance in the annual 1,000km encounter at the Le Castellet track and with their second runner-up spot of the year the trio climbed into third in the Pro-Am championship in their Bentley Continental GT3.

Wiltshire’s Castle Combe Circuit has added to its long line of work with charities following some more key events which have raised almost £8,000 in the season.

Whether it’s collections found at race meetings or the 50p donation made by each attendee to the ever-popular car boot sales, each event sees organisers select a new local charity to offer its invaluable support towards and it has been selected as senior community partner to the Royal United Hospital Bath’s Forever Friends appeal.