You are here: Home / Motorsport / 2019 / Morris makes his mark in BritGT series 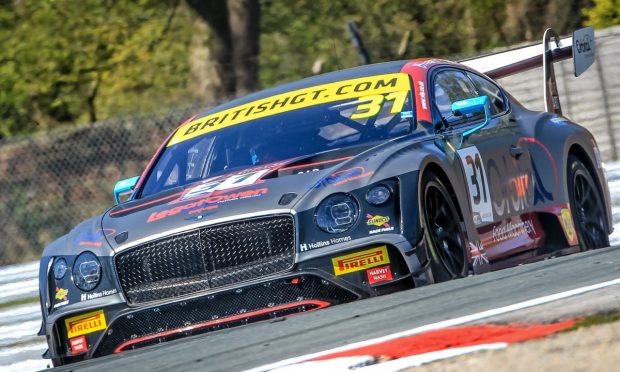 British GT Championship returnee Seb Morris made a tremendous start to the 2019 season at a bright and sunny Oulton Park International Circuit on Easter Monday with a fantastic opening round victory on his maiden race outing with new Bentley Continental team JRM.

“I was really happy with race one and the whole weekend to be honest”, said elated BRDC Superstar and Motorsport UK ‘Team UK’ driver Morris, “In qualifying we were given a slow BOP [Balance of Performance], so we thought it would be a tough weekend, but the race went better than we could’ve dreamt – it’s amazing to have won our first race with JRM who did an incredible job.”

In round two later in the afternoon, the 23-year-old Welshman and his team-mate unfortunately rued what might have been when a late race excursion for Parfitt Jnr – while running fifth – meant an eventual finish of ninth in GT3 and eighth in the Pro-Am class.

“At the end of the day Rick just made a small mistake in race two, it was unfortunate but we still came away with points”, added Morris, “If you’d have said to me at the beginning of the weekend we’d have a win and an eighth in Pro-Am, I’d have bitten your arm off. With how strong we’ve been this weekend, I’m really looking forward to the next round.”