You are here: Home / Motorsport / 2020 / Memorable win in North Wales opening round of BRC 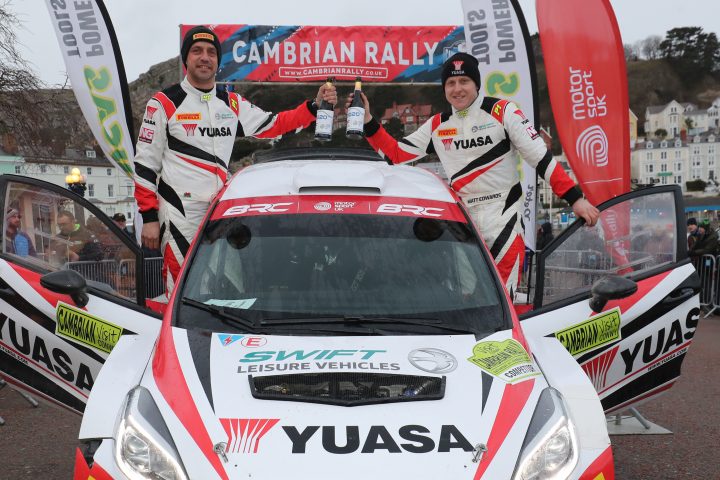 The Welshman along with co-driver Darren Garrod won the season opener by 38.4 seconds from Osian Pryce/Noel O’Sullivan in second and Rhys Yates/James Morgan in third.

Double British Champion Matt Edwards would face a new season in a new car. Edwards was tasked by M-Sport to showcase the latest Mk2 Ford Fiesta R5 and as well as a new machine, the North Walian was striving to make BRC history, as he sets himself the target of a third straight title.

Despite stalling on the start line of the first stage, Edwards was a man on a mission and was quickest over five of the seven stages – including a jaw-dropping run around the famous ribbon of Tarmac, that is the Great Orme.

The Pirelli-supported driver would eventually return to Llandudno for the Ceremonial Finish to a homecoming welcome, with a large crowd consisting of friends and family there to celebrate the success of one of their own.

The event was extra special for co-driver Garrod, who for the first time in his illustrious career, finished the Cambrian Rally.

“You spend all Christmas waiting for the new season, and once you get into it, it’s like an out of body experience. Massive credit to M-Sport who have worked so hard to get the car right for this event, it felt so comfortable and felt so right. It’s great to have Darren back and the support has been brilliant all through the route with people waving and cheering me on. It was a great rally and the stages are just something else to drive and when it is all hooked-up, it is such an amazing feeling, it’s a perfect start to the season.”

After a two-year absence, Osian Pryce returned to Britain’s premier rallying series in fine style. The man from Machynlleth was driving a Hyundai i20 R5 with Irish co-driver Noel O’Sullivan on the pace notes (right). They gelled and Pryce instantly took the fight to the BRC regulars, gaining momentum with every stage to a fine second place to get their season off to a strong start. 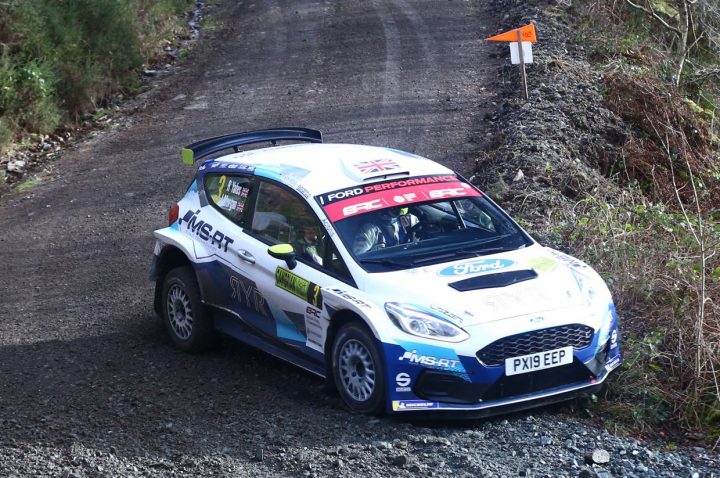 Rounding out the rostrum was WRC2 star Rhys Yates in his Michelin-shod Ford Fiesta R5 (right). The M-Sport driver enjoyed his return to the domestic championship and along with navigator James Morgan , the pair can be happy with their weekend work as they sprayed the champagne. 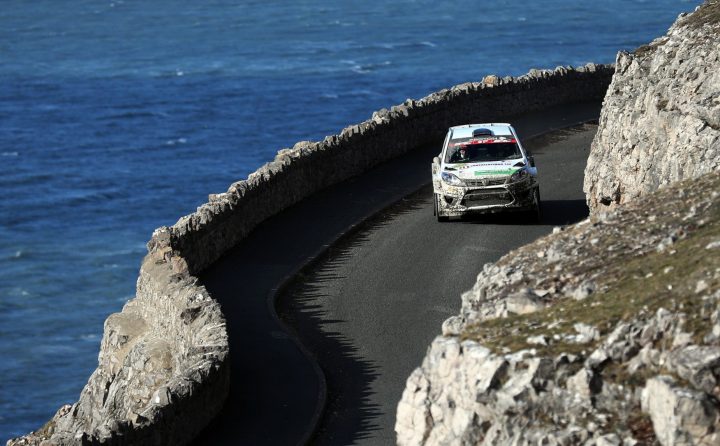 This season sees the return of Malaysian brand Proton into the British Rally Championship. The new Iriz R5 had Ollie Mellors and Ian Windress at the controls giving the hatchback its toughest test yet and Mellors did not disappoint, as he got stuck in with some of the best drivers in the country, finishing fourth.

James Williams and Dai Roberts in the sister Iriz (above) were making their four-wheel-drive BRC debut together. Williams, a star in the Junior series last season graduated to the top-flight and impressed many with his mature approach, as he finished fifth overall.

Tom Cave and Dale Furniss were the early leaders, but on stage three dropped down the leaderboard after clouting a rock face – breaking a wheel in the process. Changing the wheel, the Welsh team, gritted their teeth and got their head down to drag themselves back up to sixth – bagging themselves vital championship points. 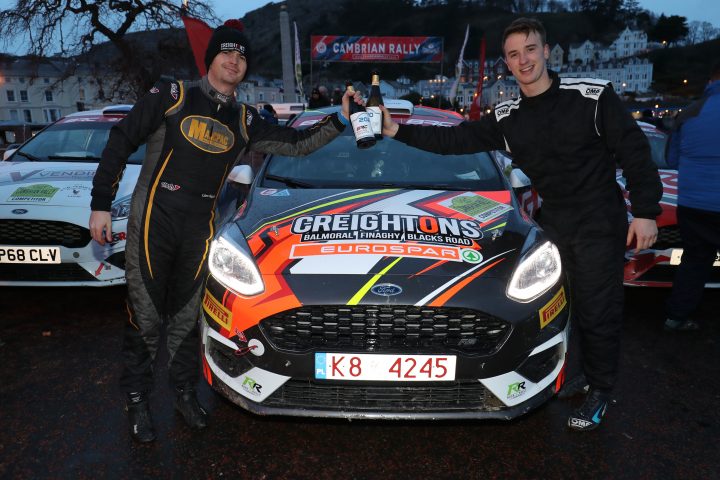 In the Junior BRC for the €60,000 prize from M-Sport and Pirelli, William Creighton and Liam Regan took to their new Ford Fiesta R2T like a duck to a water. The Irish crew, despite a shaky start, showed why they are an established name in the championship as they drew first blood in the six-round one-make contest (right).

Finlay Retson suffered a torrid 2019, but he put that to the back of his mind as the Scottish driver with new Welsh co-driver Rhys Stoneman showed a step forward in pace to finish a fine second.

With the top two racing away, there was a fight between the new BRC recruits. David Kelly and Darragh Kelly locked horns with Eddie Lewis and Dom Adams. The Irish and English crews traded stages times throughout the day with the Kelly’s pipping Lewis to the champagne by 0.7 seconds.

The next round of the British Rally Championship will take place in the Republic of Ireland as the Clonakilty Park Hotel West Cork Rally will host the exciting series on 14 & 15 March.