You are here: Home / Motorsport / 2021 / Looking back at historic Welsh racer

Unlike best-selling blockbuster novels, specialized books on niche subjects tend to trickle off bookshop shelves over a far longer period of time, so it was perhaps not unusual to receive a fresh new copy of Cyril Kieft’s definitive racing biography some sixteen years after it was first launched in 2005. 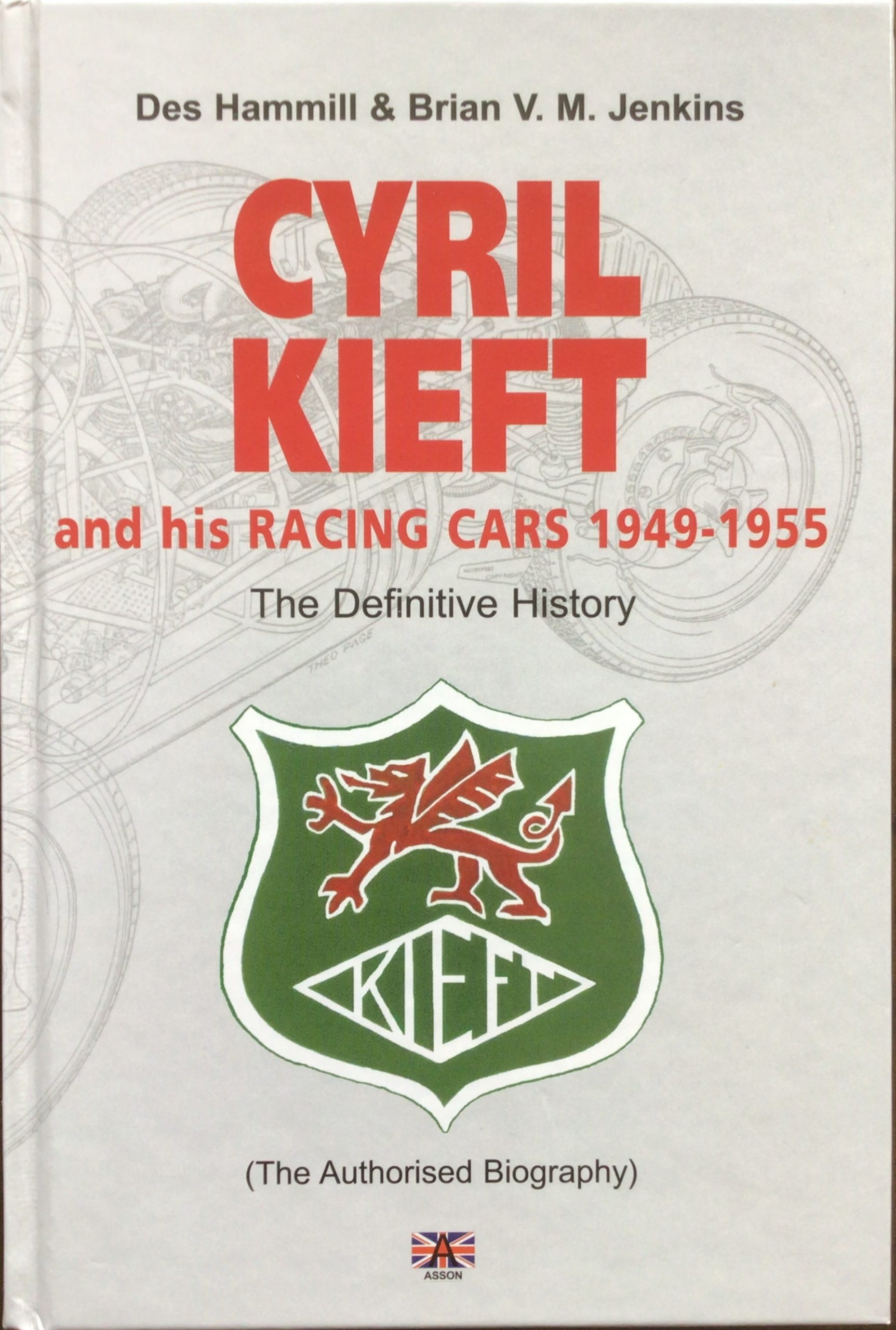 Despite the delay, this authorized biography, proved a thoroughly absorbing read which chronicled not just the 6-year manufacturing history of Kieft racing cars,which started in South Wales, but also the life of a gifted industrialist, serial entrepreneur, manufacturing specialist and down-to-earth family man, whose own modest racing career spanned just one Welsh hill climb and a couple of record attempts.

Written by Des Hammill in conjunction with Brian Jenkins, in a perfect alliance of research and historical experience, the former having spent 3 years painstakingly researching the book with Cyril Kieft himself and the later having attended many of Kieft’s real time races and hill climbs, as an active welsh competitor.

The book records the cars Kieft built, from successful 500cc Formula 3 to the F2 car which never made it into F2. There is also a chapter on Kieft’s two ambitious Formula One cars which he finally saw fitted with the long-awaited Coventry Climax FPE engine while in Bill Morris’s capable ownership, just two years before he died in 2004, aged 93. He described that visit to Silverstone as one of the best days of his life. There were also Kieft sports cars, both road and competition versions, including racing at Le Mans.

Britain’s immediate post war era saw some of the military trained engineers with the versatility and ingenuity which had been key to Britain’s war effort now turn their peacetime endeavours to designing and building racing cars, an industry in which Britain was and still is a global leader. Proprietary built cars were produced by talented individuals whilst larger, well-established companies joined the fledgling industry.

Kieft was one such company who, using established manufacturing facilities and in-house engineering expertise, quickly made an impression with their swing axle 500cc cars, produced first in Bridgend and later Wolverhampton.

The F3 category of the day was ultra-competitive and seen as a stepping-stone for more ambitious drivers so it made sense that a young Stirling Moss first drove a Kieft, together with loyal Don Parker, who scored several significant race wins.

Other Kieft drivers included RAC hill climb champion and Welsh racer David Boshier-Jones and future F1 billionaire Bernie Ecclestone. But in truth, Kieft never made money from his racing sideline and sold the business 1955 for its new owners to continue limited production.

For those interested in Britain’s pre and post war steel making and manufacturing industries, Kieft’s core business activities in these two critical sectors of the marketplace provides a fascinating backdrop to the book’s main racing car theme and in addition, Kieft was the only Welsh car maker of that time.

All considered this well-written tome provides a great insight into both Kieft and the more general world of motor sport during the buoyant immediate post-war decade.

Generously illustrated with many previously unseen images, the well-presented 258-page hardback is published by Asson Publishing as part of its Historic Racing Car Series, priced at £19.99.