You are here: Home / Featured / Legends come home to Wales next month 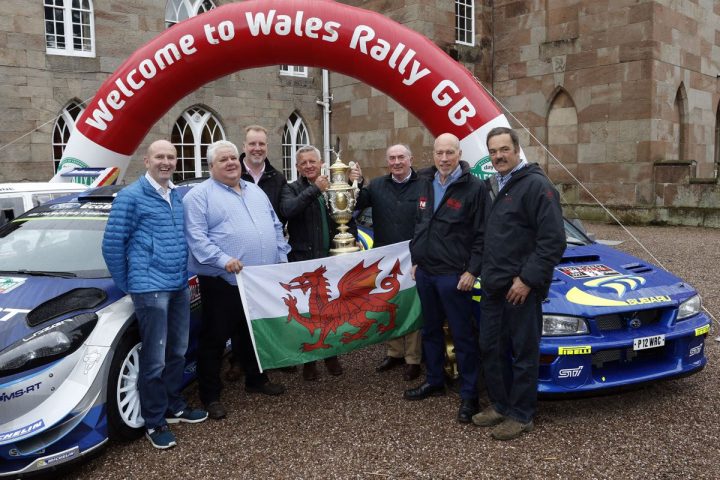 Top Welsh rally legends will be honoured during next month’s Wales Rally GB 26-29 October, Britain’s round of the FIA World Rally Championship.

Tribute will be paid to a number of high-achieving sporting luminaries including both drivers and co-drivers. The impressive roster features World and British Champions as well as much-admired national heroes and multiple Rally GB winners.

All will be present on the event, renewing old friendships and rekindling past memories with photo and autograph opportunities.

The special celebration was announced at the Wales Rally GB Media Preview hosted at Cholmondeley Castle and endorses the Welsh Government’s own ‘Year of Legends’ campaign, overseen by Visit Wales.

The roll of honour is topped by two World Championship winning co-drivers. Phil Mills from Newtown, Powys guided Petter Solberg to the 2003 WRC title, as well as no fewer than four consecutive Rally GB victories between 2002 and 2005.

Mills, Grist, Davies, Collins, Llewellin, Wilson and Pugh were in attendance at the Cholmondeley Castle preview where they were joined by Ken Skates AM, Cabinet Secretary for the Economy and Infrastructure, Welsh Government.

“This is the perfect time for us to be celebrating Welsh rally legends,” enthused Ben Taylor, Managing Director of Dayinsure Wales Rally GB. “Not only is this Wales’ official ‘Year of Legends’ but the nation’s top current star, Elfyn Evans, is sixth in the World Championship – that’s higher than any Welsh driver has ever been. Should he win next month’s Dayinsure Wales Rally GB, that really would be the icing on the cake!”

All of the invited legends will be present in Chester city centre on the friday evening of the rally and again at Saturday’s family-friendly Toyota RallyFest at Cholmondeley Castle. A number will additionally be attending thursday evening’s opening speed test at Tir Prince Raceway in Conwy County and the Sweet Lamb special stage on friday.