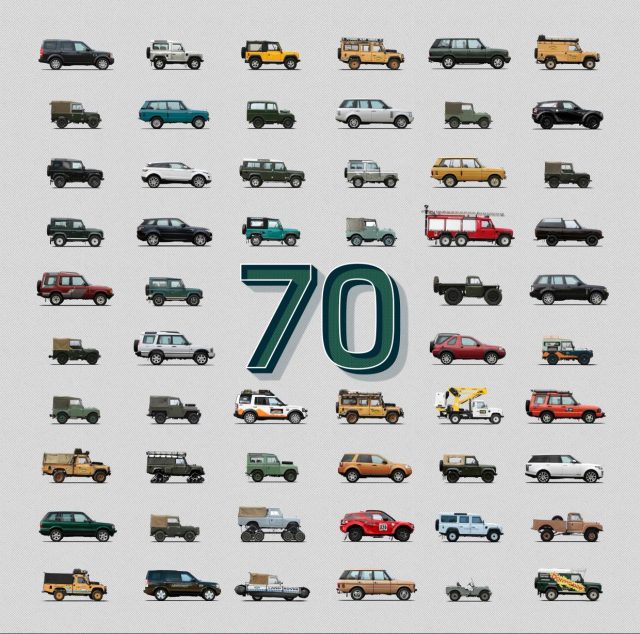 Seventy years ago this morning and the first Land Rover was unveiled at the Amsterdam Motor Show.

Now Land Rover will mark its 70th anniversary with a global broadcast celebrating the famous marque and the people who love them.

Starring the cars and the people who make and drive them, the online programme will pay tribute to seven decades of adventure, humanitarian aid and hard work across classes and cultures around the world.

Land Rover initially conceived the project as a stop gap after WW2 and used aluminium because it was plentiful, and its mechanical layout was based on the highly practical WW2 General Purpose vehicle, or Jeep. It’s initial outline was scratched in the sand on an Anglesey beach at Red Wharf Bay and partly developed in the area over a short period of time.

The broadcast is available at 20:00hrs on Monday 30 April: https://www.youtube.com/user/landrover