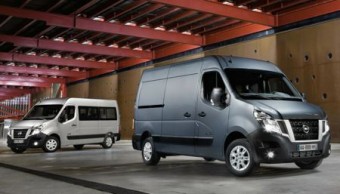 Nissan has announced improvements to its NV400 range including a low emission Euro 5 engine and a number of specification upgrades on both panel vans and factory-built conversions.

The four versions of the chassis, tipper and dropside turbo engine have been replaced with a single 2.3 litre turbodiesel engine which boasts an improvement in fuel economy and sees the NV400’s CO2 emissions fall by 8g/km.

The updated variants maintain their nimble performance and generous load space, with the improvements meaning the NV400 becomes an increasingly viable option to businesses looking to reduce the emissions of their fleet.

All panel van, crew van, tipper and dropside conversions now have a Thatcham approved Category 1 alarm and SE grade panel van, crew van and Crew Bus SE derivatives now have remote control locking with a three-button key, while the Crew Bus also has a standard immobiliser and pre-wiring for alarm.