You are here: Home / News / Emissions / Hydrogen stations on UK Government back burner

News that three of the UK’s handful of hydrogen filling stations are closing at the same time that a raft of new models have been unveiled shows how the country is “slipping further behind” in adopting the fuel for road transport.

Peter Golding, managing director at FleetCheck, said that it was clear that other European countries and manufacturers were taking hydrogen ever more seriously as a zero emissions alternative to electric vehicles (EVs) but government support in the UK was seriously lacking.

He explained, “At the Paris Motor Show, we saw everything from new hydrogen panel vans to luxury saloons to sports cars, seemingly all with serious production intent. BMW also said that would have a new hydrogen car ready for sale by 2030. It really does feel as though there is genuine momentum building in this area.

“However, the corresponding news from the UK is that three of our existing hydrogen filling stations are closing, which means our total network is barely into double figures. There is a suggestion that these will be replaced with stations suitable for larger commercial vehicles in the future but there is no escaping the almost complete absence of provision right now.”

He pointed out that, as a contrasting example, the German government was involved in partnerships to expand their national filling station provision to 300 by the end of this decade.

“The difference between The UK’s 10-or-so hydrogen stations and Germany’s current 90-something is the gap between impossibility and viability in operational terms for the vast majority of fleets. By the time the Germans have 300, we will be slipping ever further behind.

“What appears to have happened is that the UK authorities have backed EVs to the exclusion of other options when elsewhere, there is much more of an accent on a blend of zero emissions fuels. That means we are competitive when it comes to EV charging point installation but that there is really no meaningful support for hydrogen.

“The Government’s hydrogen strategy, released last year, stated that the fuel would have a key role to play in road transport in the future but was unclear on how that would develop. Today, it’s still unclear and is obviously not helped by current political turmoil.”

Peter said that FleetCheck’s view, and one largely shared among its customer base, was that hydrogen had two main fleet applications – for commercial vehicles above around three tonnes and in places where charging points were unavailable or unviable.

“It can seem as though we are putting a lot of effort into making electrification work instances where hydrogen is potentially an easier and better solution. However, the situation is just not going to change in the UK unless there is a huge shift in government attitudes. An important source of road transport power is therefore going to be unavailable to UK businesses.”

The news comes just a week after Welsh Government confirmed it was backing a  proposed hydrogen refuelling hub on Anglesey, close to the ferryport at Holyhead (below). 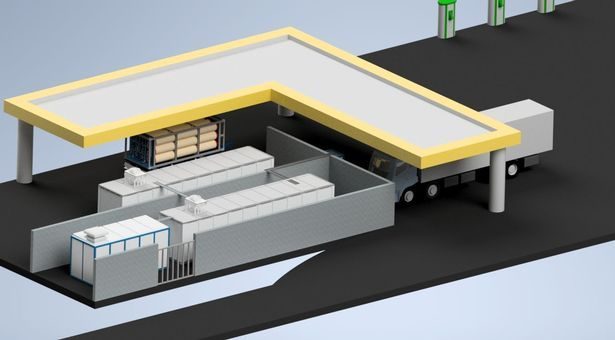