Co-driven by Declan Dear, Matthew became the first driver since Callum Black in 2017 to win three Welsh Championship rallies in a row when he won the Plains Rally last time out – and if he wins again he will be the first driver to win four in a row since Luke Francis in 2016. Both Callum and Luke went on to win the Welsh title in those years! 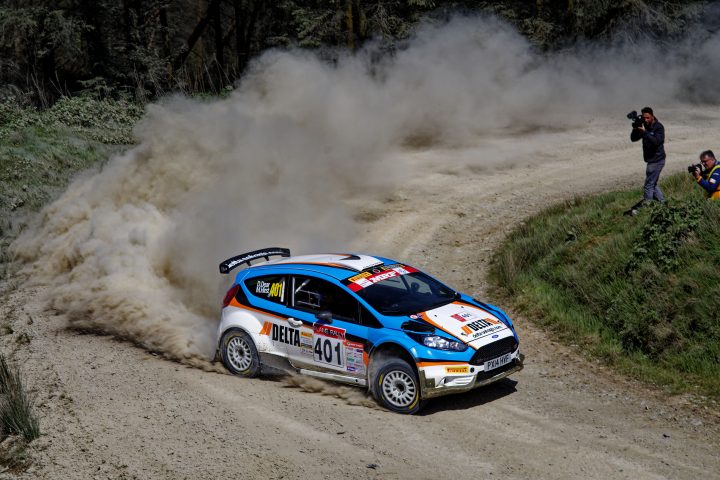 “The Nicky Grist Stages is one of the events which we look forward to each year,” says Matthew (above).

“The pace at the front of the field just seems to get quicker every year. I’d put this down to the fact that the route doesn’t generally alter dramatically year-on-year, typically with just small changes here and there. That allows you to build confidence with the pace notes and generally gives a good feeling to the pre-event preparations.

Having won the class on the Rallynuts and finished second on Rally North Wales, another strong run in their Burton Power/G&B Finch/Deranged Trucks Ford Escort RS could put them (above) right back into title contention – and with five scores from seven counting towards the end of season points total, they hope to be able to drop the low score they received after retiring on the Plains.

The battle for the OnThePaceNote.co.uk supported Welsh Junior title is hotting up nicely, with seven under 25-year old drivers aiming for the coveted trophy.

Two wins and a second sees Liam Griffiths in the lead and the Presteigne youngsters will be hoping to continue that good run when he and co-driver Daniel James take to the mid-Wales forests in their Discover Parks Ford Fiesta ST.

Max McRae will contest the third round of the Motorsport UK British Rally Championship next weekend, driving a Ford Fiesta Rally4 at the Nicky Grist Stages. 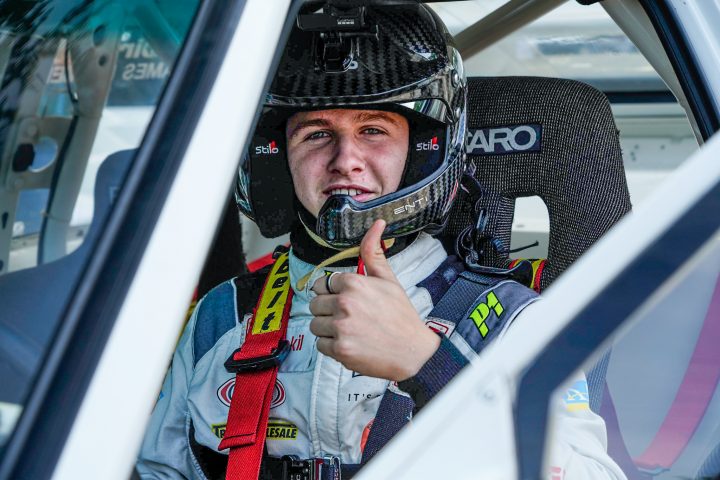 McRae (above) son of 1995 BRC champion Alister hails from Perth in Australia but has embarked on a mini-tour of the UK and Ireland, contesting the recent Donegal Rally, Goodwood Festival of Speed and McRae Rally Challenge ahead of his BRC debut.

His outings here in the UK are in addition to his Western Australian and Australian Rally Championship campaigns in which McRae pilots a Subaru Impreza WRX STi and has already shown his hand with the domination of the stage times leaderboard at the Winvale Stages in April.

Now, the 17-year-old has signed up to the ultra-competitive Junior British Rally Championship category for the Builth Wells based event

The Welsh Championship’s live streaming service will be even bigger and better on the Nicky Grist Stages, with even more action and interviews.

Howard Davies will commentate on the live stage action and will also roam with a camera and microphone around midday service, interviewing Welsh Championship drivers and co-drivers. Everything will be broadcast live on: facebook.com/WELSHRALLYCHAMPIONSHIP.

Organised by Quinton Motor Club, the 2022 Nicky Grist Stages will start from Strand Street in the centre of Builth Wells at 08.31. After a loop of stages through Llyn Login, Monument, Halfway and Crychan forests, cars will return for a midday service on the Builth Wells RFC pitch before a repeat run over the stages.

After all eight stages and 45 stage miles have been completed, the podium ceremony will take place in Groe Park at 15.30, with the River Wye and the landmark 18th Century bridge in the background.