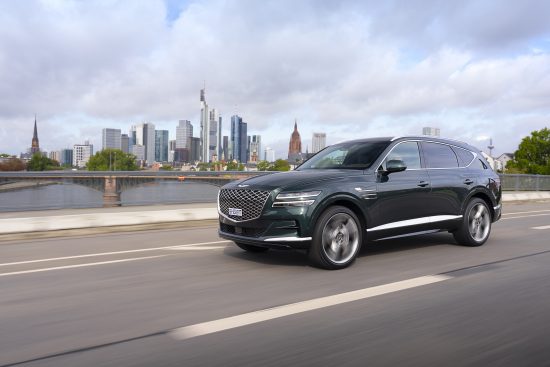 There will not be a dealer network but the manufacturer will have a Genesis Studio in Westfield shopping centre, London and also provide sales on-line.

It was established in 2015 and has been selling in North America, Russia, the Middle East and Australia pitched against Audi, BMW, Lexus, Mercedes-Benz and Jaguar. Its latest saloon and SUV models were shown at Shanghai motor show last autumn with an electric coupe in the pipeline.

Genesis will have a predominantly female sales team of Personal Assistants recruited from the hospitality and service sectors at the London centre but denies it is aiming the brand at women drivers and says it is looking to attract individuals who want a different car to their friends and who want quality products, which will come with a 5 years customer care package including dedicated contacts at the London centre, delivery and collection for servicing and courtesy cars.

Initial visual impressions of the models to be launched in Britain show their developments from existing Hyundai and Kia cars’ platforms but with different styling and more luxurious interiors.

The brand will launch this summer in the UK with the G80 Sedan and GV80 SUV – the model Tiger Woods crashed earlier this year – while the smaller G70 Sedan and GV70 SUV will follow as well as electrified models.

The petrol and diesel models will be followed by two more pure battery cars, including a coupe concept shown in China, as Genesis aim to undercut their rival challengers by about 10%.

The marketing strategy unveiled by Genesis resembled that of the abandoned UK Infiniti range of Nissan a few years ago, which had limited outlets and models, launched in 2009 and withdrew in March 2020.