You are here: Home / Newcomers / Cars / Ford Fiesta has nothing to fear from rivals 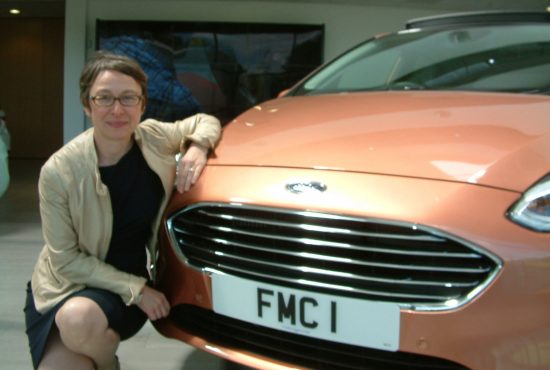 The Ford Fiesta has consistently been the top selling car in Britain and since 2008 over a million have been put on our roads, while over four decades about 4.5 Million have been registered.

Those are impressive numbers, but the new seventh generation model now reaching showrooms is arguably the best since it was launched in 1976.

It comes at a significant time for Ford of Britain because sales of all new cars generally have started to tail off and in June the Fiesta lost its place at the top of the monthly chart as the new range was being readied.

But Ford of Britain marketing director Lisa Brankin (above) is quietly confident the Fiesta will not only regain its top spot over the next few months but will also be on top again by the end of the year.

She said that traditionally 70% of UK Fiesta sales are five-door versions, 91% of customers choose a petrol engine and 92% choose a manual gearbox with the new six-speed manual expected to be the most popular.

Around 70% of registrations are to retail customers with a 50-50 split between males and female buyers. As for customer retention she said, “In the ‘supermini’ B-sector, the industry average is 40% but in the case of Fiesta we retain 50% of our customers”.

Ms Brankin added, “We are expecting the new Fiesta range to achieve a growth in demand for higher specification models and currently 15% of our UK customers pay over £20k for their model of choice. We estimate 52.5% of Fiesta customers will choose the Zetec specification level, the ST-Line around 15%, Titanium 14.5%, Vignale 6.5% and Style 3.5%. Currently we have over 5,000 pre-sold orders and over 75,000 expressions of interest from potential early-adopters”.

Interestingly, Ms Brankin added that their dealership network, which is the biggest of any brand in the UK, has not reported a tailing-off in customers choosing the PCP packages, despite a lot of adverse publicity over this form of leasing. Prices rise from £12,715 to £21,225.

Ford also expect to continue holding about 12% of new car registrations out of the 2017 prediction of 2.62 Million predicted by the Society of Motor Manufacturers and Traders.

Certainly, the new Fiesta is going to be hard to better. It’s bigger than the outgoing model, gets a six-speed gearbox on most versions for the first time, has the latest infotainment and communications systems and revised engines and torque-convertor automatic instead of the former dual-clutch system.

Our first impressions of driving the new Ford Fiesta will be on site from 11am tomorrow, saturday 15 July.