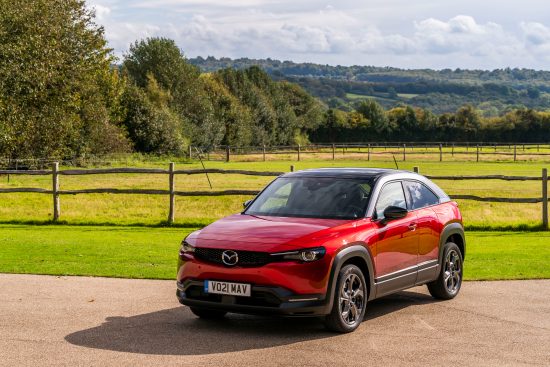 Making its move into the electric generation of modern cars, the Mazda MX-30 lands squarely in the middle-ground of the market.

Based on the stable-mate CX-30 crossover costing about  £2,500 less, the MX-30’s 35.5kWh lithium-ion traction battery has added weight to the platform.

Mazda has kept this as low as possible and not utilised a heavier battery as in some rivals and last year, the MX-30 was awarded five stars after crash tests by the European New Car Assessment Programme and was praised for its adult occupant protection.

Easing into the EV market at right time 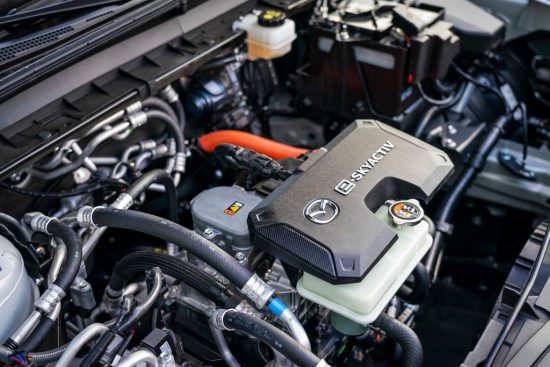 The MX-30 models use a common E-Skyactiv 145ps/ 107kW electric motor driving the front wheels with a single speed automatic transmission, a 35.5 kWh battery and give a range of approximately 124 miles from a full charge, depending on driving characteristics.

Mazda supply both domestic three-pin and rapid charge Type2 cables for users’ convenience so the MX-30 can be fully charged over 15hrs or up to 80% battery capacity in just 36 mins., depending on the charging circuit it’s plugged into. 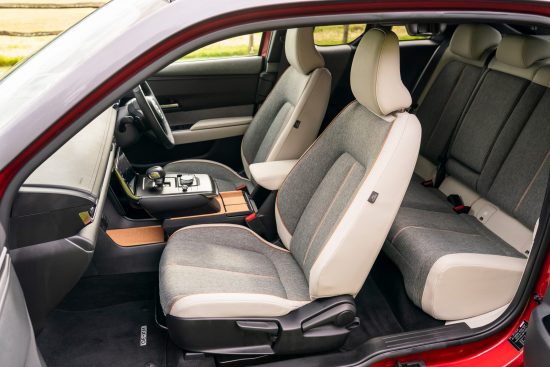 A five-mode regenerative braking system worked by column paddles allows the driver to extend the range or performance and this is part of the sporting edge the engineers wanted to give the car and reflect its links to the MX range.

Clever electronics in the steering provide more grip to the front tyres when entering a bend and to the rear pair when leaving so the handling is good for an SUV. Perhaps it’s a reflection of its MX heritage as the suspension is firmer than you might expect in a family car so it feels taut but it was also jiggly over anything but the smoothest road.

Power delivery is instant, regeneration is strong and variable through the paddles and you can get a useful range out of the battery with some judicious use of the throttle, brakes and paddles and it’s all very enjoyable. 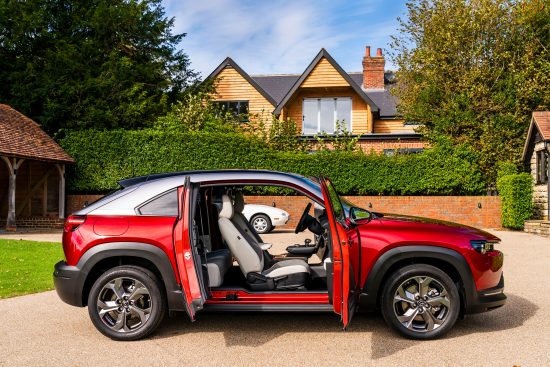 The MX-30’s other nod to performance are Freestyle doors seen on the RX-8 two decades ago, which include the B-pillar in the rear pair while room in front is assisted by a good range of seat adjustment, powered on some versions, but the legroom is very short in the back and suitable only possibly for a child or teenager.

Visibility is generally good but you need the sensors reversing as the C-pillar and high tail and small back window inhibit sightlines. 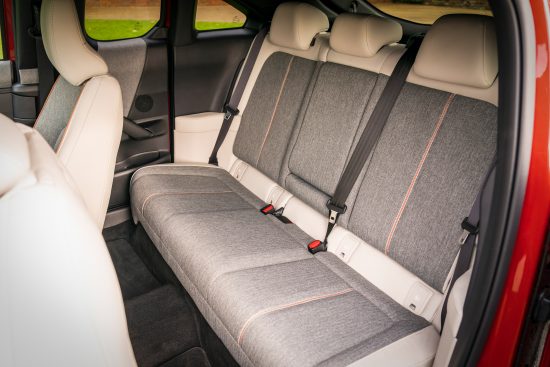 The sporting nature of the MX-30 is evident in its pickup which is brisk once it gets going and moving the 1.6 tonnes car and on main roads it can adequately keep up with traffic. Inside, the instruments are simple with a speedometer and power meter to show how the electricity is being used or generated and the remaining distance available before recharging.

Using any power grabbing features will reduce that range of course and Mazda point out that even ambient temperatures can influence the distance remaining. 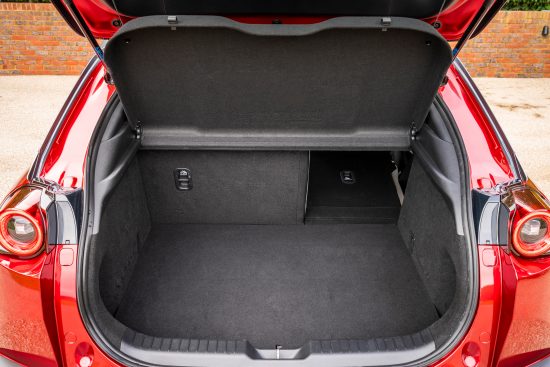 There is no doubt that the Mazda MX-30 is probably going to be a useful second car for many and will adequately be a first car for those who do not need to cover long distances each day or who can use the MyMazda app to plot a journey using available charging points along the way. 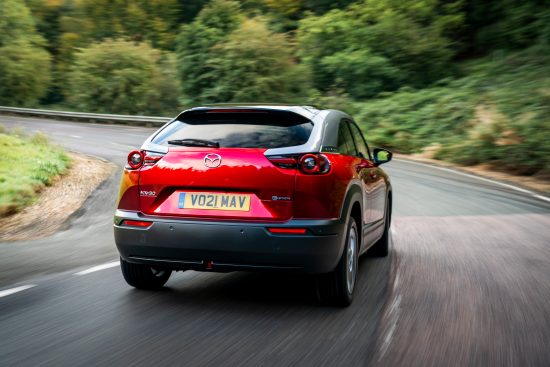 Like the rest of the market, the Mazda MX-30 will find a niche in its price range and its attractive interior and fittings give it a lift over some rivals, possibly persuading current owners of Mazda city-cars to make the move towards the electric future with a brand they know and like.