You are here: Home / Finance / Company cars / Falling out of PHEV or bridging a gap

The issues facing the British car market with the decline in Plug-in Hybrid Electric Vehicle sales in the UK this year has been outlined to media by Conor Twomey, General Manager Internal Communications and Government Affairs for Mitsubishi Motors in the UK.

Mitsubishi with their Outlander PHEV more or less pioneered the launch of the PHEV market quickly becoming not only the best selling model in their range but the best selling PHEV globally.

However in the UK and with the general downturn of new car sales globally, the demand for PHEVs has slowed. He described it a perfect storm for the UK new car market with customers holding off buying these vehicles due to political uncertainties such as Brexit, the General Election, changes to Benefit-in-Kind taxes rates from April next year and most of all the Government’s decision to do away with the £3,500 plug-in vehicle grant off the price of a new vehicle which happened earlier this year.

UK sales of PHEVs have fallen by 26.7% this year over the same period last year to 25,892 vehicles. This now puts PHEVs behind BEVs (Battery Electric Vehicles) with their sales growing by 125% to 28,259 units and these include such cars as the Renault Zoe. 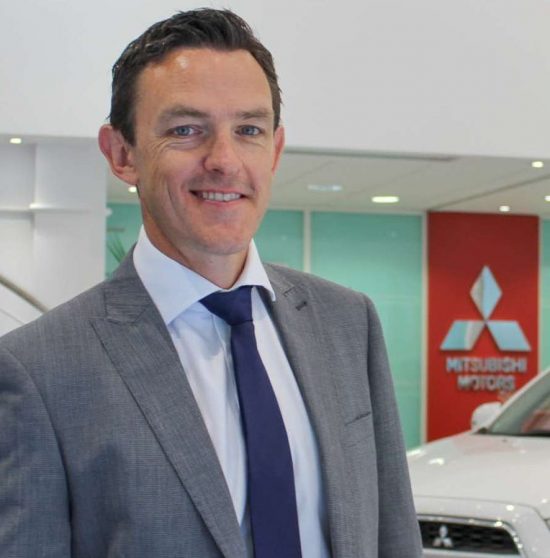 It appears to support this argument some companies had found that company car drivers with a company provided fuel card who had chosen to have a PHEV and the low 16% BiK benefits, were actually costing their company more money for fuel because the PHEV function wasn’t being used. As a result in some cases they have reverted to providing petrol and diesel powered models which is opposite to the Government’s strategy of lowering emissions.

For their discussions with the Government/DoT Conor Twomey (above) added that Mitsubishi Motors had recently undertaken a survey of 300 UK Outlander PHEV owners.  Of these only 22% cited the lower Benefit-in-Kind tax rate as their reason to buy/use one, 86% used one for its fuel economy, 24,370 was their average annual mileage, 90.6 miles out of 179-miles on average was done in pure EV mode which compared to a diesel powered 50mpg vehicle would save 1-tonne of CO2 emissions.

The survey found that 67% of owners charged their vehicle once per day, 90% charged at least twice a week, 97% charged their vehicle at home, 16% used public charging points, 50% of Outlander PHEV UK customers are retail buyers and 25% of people currently owning a PHEV are considering moving to an electric vehicle in the future.

With Mitsubishi Motors overall new car sales down by 18.7%, around 3,300 vehicles, so far this year, due partly to the fall in Outlander PHEV sales and the end of production of their iconic Shogun large SUV, Conor Twomey added, “We are weathering the storm of uncertainty in the industry and as a niche manufacturer we are not chasing volume sales. Customers are clearly holding off making a decision on their next car purchase due to Brexit, the General Election and importantly the next Budget which might confirm Benefit-in-Kind taxes for PHEV company car users will fall from the current 16% to a variable scale ranging from 6 to 12%.”

He added, “The Government needs to be consistent in its message about taxation to give confidence to customers and manufacturers to plan their future buying and sales strategies.”

He also said that an all-new Mitsubishi Outlander range will be introduced later next year but with no pure petrol or diesel engine options only PHEV models with improved performance, better fuel economy and lower CO2 emissions. There will be a revised Mirage supermini hatchback line-up and although their refreshed ASX compact SUV has just gone on sale again later next year an all-new version will be produced. It will be slightly smaller than the current one and it will share components under the Renault-Nissan-Mitsubishi Alliance.

In the meantime Mitsubishi’s commercial vehicle sales for their best selling L200 Double Cab pick-up range goes from strength to strength with 9,200 vehicles sold this year against 8,352 units in the same period last year. The new L200 holds a 25.2% share of the UK’s pick-up market, second only to the Ford Ranger which has 30.5% of the market sector but with a high proportion of them going to fleet customers.