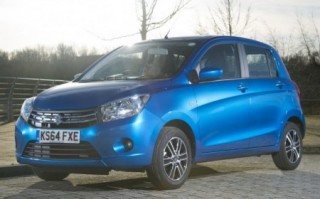 Every little helps if you are Suzuki and launching a new family small car called Celerio.

In an unprecedented move for Britain’s 22nd ranked marque, Suzuki will promote the newcomer through major Tesco stores.

The Thailand-made newcomer replaces the Alto and Splash models using some clever value for money technology underneath and Suzuki hope to sell 6,000 Celerio models in 2015.

Suzuki has the current 25,000 Alto and Splash drivers in its sights for the Celerio and will be highlighting its roominess, efficiency and economy and its standard technical features to keep these in dealerships when they come to change.

But it is also pitching Celerio at those who may consider Kia, Hyundai, VW, Skoda and SEAT city cars which are part of the so-called A+ sector which notched up 219,000 UK sales in 2014.

Suzuki is well placed to make an impression, said Ed Norman, Suzuki UK product planning manager. “We had a record year with 37,400 units sold and our previous best was 2004 when we sold 200 units less,” he said.

That amounts to a 1.5% UK market share which is close to the Volvo and Mazda percentage but Suzuki sells to those looking for compact and economical models and two thirds of those are private sales.

Mr Norman said he expected this high percentage of retail sales will continue with Celerio but it also will gain business sales among companies looking for greater value for money.

In fact, Suzuki anticipate that despite a shrinking range of models, the arrival of new Vitara this spring will offset this after the Celerio and they will see about 37,000 registrations in 2015, about the same as last year. In 2016 it is thought Celerio sales will rise to 8,000, added Mr Norman. 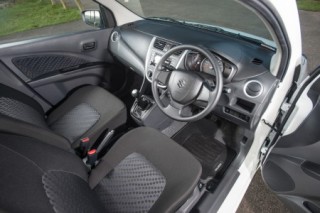 Suzuki Celerio was designed as a city car with a higher than typical roofline, wide-opening doors and slim seats as well as a good 254 litres boot. 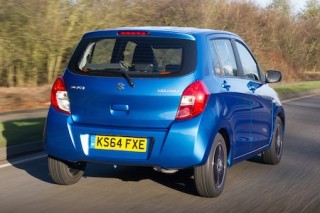 Its 68ps 1.0 litre three-cylinder engine emits 99gkm CO2 but an even cleaner power unit is coming in the summer with stop start technology and it is down to 84gkm.

The launch 5sp manual gearbox will be later joined by a 5sp auto gear shift transmission which is expected to take up to 15% of sales.

Depending on trim and powertrain, the prices will be from about £8,000 and £9,000 but the auto gear shift will add another £500 estimated to the lower priced model. 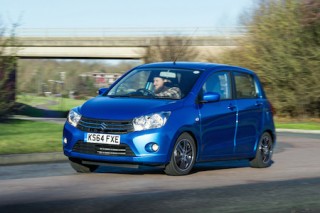 Celerio is a city car first and foremost with good  access, easy driving nature and we achieved up to 56.3mpg on our 80-miles test route.

The good sized boot and wide opening doors will win praise from parents who otherwise struggle to load child-seats and pushchairs as well as older drivers who are not as supple as they once were.

Its light to steer and brake, the clutch is effortless and the gearchange precise but in fifth the engine speed is a lowly 23mph/ 1,000rpm and I frequently wished I had a sixth ratio to reduce the fussiness of the engine under load.

Ride is good but you can hear a lot of road rumbles and there was some wind noise from the door mirrors.