You are here: Home / Finance / Company cars / EV sales soar and so do drivers’ travel plans

The independent research organisation will publish the tracker each month and it looks at the top ten EV manufacturers and their market share as well as new EV sales. If there’s anything extra that you’d like to see included or if you have any questions please let me know.

“It’s no surprise that Tesla continues to dominate with an impressive 31% market share. The battle for second place is going to shape the future of the car industry with Kia, Nissan and Hyundai all battling it out with around 7% each. Demand for electric cars is only going in one direction and car makers who adapt quickest will come out on top.”

Volkswagen and Mercedes-Benz are starting to hit their electric stride with around 4-5% of market share, the magic number where sales hit the mainstream. It’ll be interesting to see if Ford or General Motors make the top ten for electric car sales in the coming months, as despite recently pledging to go all-electric they’re nowhere to be seen, he added. 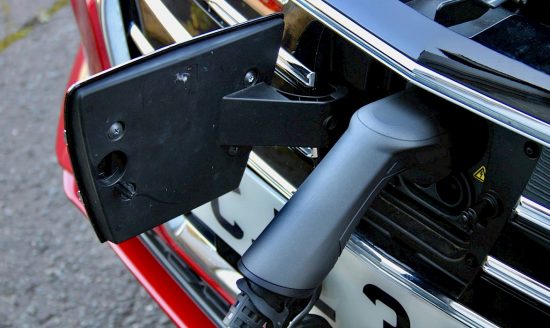 Electric vehicle (EV) drivers in the UK are looking to journey over 10,000 miles a year, more than their petrol or diesel-driving counterparts and so busting the myth that electric vehicles are just second car local run-arounds.

That’s according to independent vehicle home charger and energy comparison site Rightcharge.co.uk. Customers searching on the site for the most economical home charging tariff are looking to travel 10,948 miles a year.

Rightcharge.co.uk also found the average mileage expected by customers driving an EV has grown at 7% as the UK prepares for the unwinding of lockdown, suggesting EV car drivers are more confident about living with electric vehicles.

High-milers were more likely to live in the East Midlands with an annual average of 11,685 miles, closely followed by those in North West England (11,654 miles) and the West Midlands (11,496 miles). Drivers in South Scotland were expecting to cover the least ground in their EVs, with an expected annual average of 10,263 miles. In Wales the figures were also higher than petrol average at South Wales 11,044 and North Wales 11,066 miles.

Charlie Cook, founder of Rightcharge.co.uk, says: “It is interesting that EV drivers are planning more journeys and it’s further evidence that confidence in electric vehicles is going up, with many new EVs now covering more miles each year than petrol-powered models. And what’s more, their confidence in the distance they will travel is constantly being reassessed upwards.”

Cook continues: “These high-mileage EVs aren’t just located in one or two regions of the UK either – our customers across all mainland areas of the country are looking to complete at least 10,000 miles a year in their battery-powered vehicles.

“I think this demonstrates that electric vehicles are now seen by many drivers as a viable alternative to petrol-powered cars. The expected yearly mileage of our customers supports this as they look to replace their current internal combustion engine vehicles with battery-powered ones,” concludes Cook.