You are here: Home / Motorsport / 2022 / Edwards Irish luck runs out in Donegal event

Matt Edwards made one of the most incredible maiden appearances in the 50-year history of the Donegal International Rally at the weekend when he challenged for victory from the start, only to retire from the lead of the event just four stages from the end of the three-day, 20 stage and 187 stage mile classic.

Matt had taken a 19.2 second lead going into SS17, which was the first run over the famous Atlantic Drive stage, when his Pirelli-shod Citroën C3 R5 left the road – the cause of which isn’t determined. 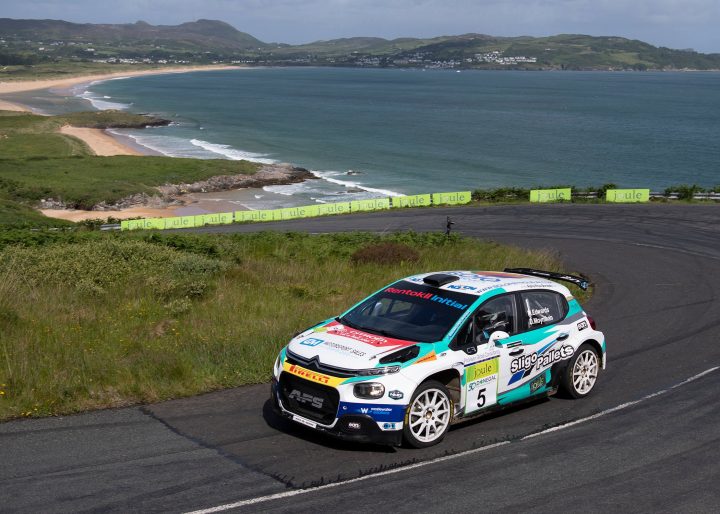 Whilst the car stood up to the fifth-gear incident extremely well, and the emergency procedures were carried out to perfection, Matt sustained a couple of fractured ribs and his co-driver David Moynihan suffered rib, shoulder and hip injuries. Both were kept in hospital overnight as a precaution and both are expected to be discharged on Monday.

It was a sad end to a magnificent outing, made all the more remarkable by the fact that it was Matt’s first rally in a four-wheel drive car since he’d won the 2021 British title on the Ulster Rally in a Volkswagen Polo GTI R5 seven months ago.

The stages dried much more than expected on Friday afternoon’s second loop, with Matt recording his first fastest stage time on the repeat run through Dooish Hill. He was then an impressive 2.9 seconds faster than anyone else over the day’s sixth and final Mouldy Hill stage to go into the first overnight halt in second position, just 5.8 seconds behind Devine.

Matt reduced the gap to 5.6 seconds with another fastest time on Saturday’s opening Carnhill stage. Unfortunately, a half spin at a junction in Knockalla (SS9) cost him 20 seconds – and whilst he maintained second place, the gap to the leader was now 27.7 seconds. 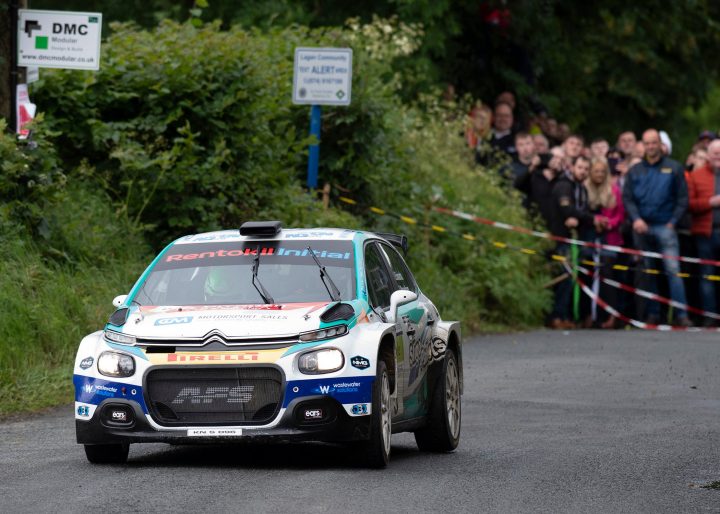 Thereafter Matt drove superbly to claw back some of that lost time – all on stages that he had never competed on before. He set two more fastest stage times (SS11/12), which helped him reduce the gap to 17.7 seconds by the end of day two.

Matt took the lead of the event on Sunday’s opening stage, Gartan (SS15), when Devine retired after hitting a hay bale chicane.

With High Glen (SS16) cancelled, Matt took a 19.2 second lead into the famous Atlantic Drive test (SS17). In another dramatic turn of events, he damaged his Citroën C3 R5 near the start of the stage, forcing him into instant retirement as well.