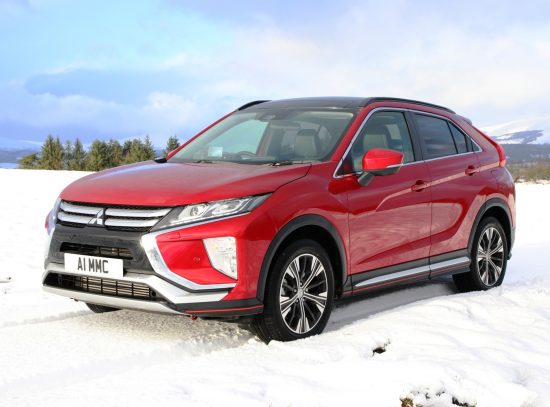 The new Mitsubishi Eclipse is going to become a memorable model.

Now in their 101st year of vehicle manufacturing, Mitsubishi Motors is part of the Renault-Nissan-Mitsubishi Alliance and last year this consortium became the World’s largest manufacturer of cars and light commercial vehicles.

Together they and their sub brands, which include Dacia and Infiniti, sold over 10.6-million new vehicles in nearly 200 countries.

One of the last vehicles Mitsubishi will produce on its own is the Eclipse Cross mid-sized sports coupe, a five door SUV/Crossover which is just arriving in UK dealerships.   The Eclipse name has been used by Mitsubishi before for a sports car sold mainly in the USA until 2011 and has been resurrected for their sports styled Eclipse Cross, adding the word Cross to indicate its Crossover role.

The Eclipse Cross 1.5-litre turbo petrol 2WD/4WD, mid-sized SUV range sits between the current Mitsubishi ASX and Outlander SUVs with on-the-road prices starting from £21,275 and topping out at £29,750. There is the possibility that 2.2-litre diesel models could be added to the range later this year but currently Mitsubishi in the UK is evaluating whether there will be enough demand, given the fall in diesel vehicle sales. The PCP monthly repayments start from £185 with a £750 deposit contribution over 36-months and HP prices are from £375.50 a month for the same period.

The Eclipse Cross is currently available with a new Mitsubishi 1.5-litre four cylinder direct-injection 163hp turbocharged petrol engine with Auto Stop/Go and Eco mode. The petrol engine with a six-speed manual gearbox offers only front wheel drive traction. With a CVT simulated ‘stepped’ eight-speed automatic transmission with Sport Mode it is available in both front and four-wheel drive forms.

The multi-link system means each rear wheel and suspension link reacts individually to undulations, bumps and impacts from potholes rather than transmitting body-roll, shocks and jolts right across and into the vehicle. 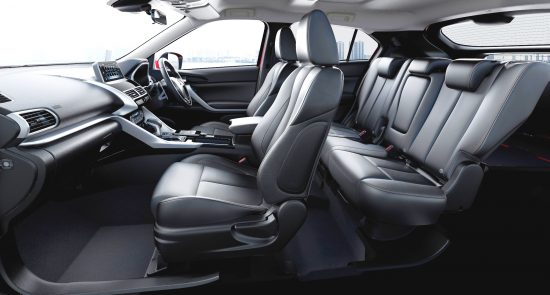 There’s a deep dashboard with horizontal axis design line to split functions between ‘Information’ for the higher level and ‘Operation’ for the lower level. This enhances the visual width inside while a tall centre console creates cockpit-like feel in keeping with sports styling credentials.

As standard a 7.0-inch touchscreen sits on top of the dashboard and there is a trackpad controller in the centre console. Thankfully there are proper heating, ventilation and air-con controls rather than having to delve into the touchscreen to operate them. The downside is that there is no proper integrated sat-nav system offered. 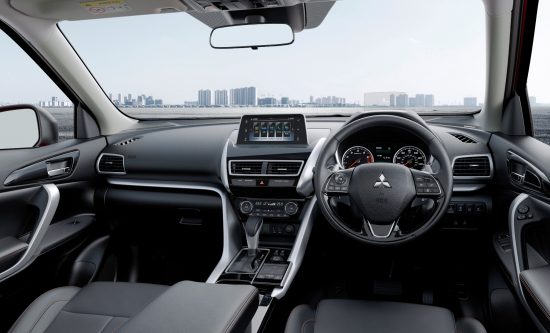 Instead Apple CarPlay and Android Auto connectivity functions need to be used to link a mobile phone for sat-nav use. That’s not very user-friendly when we are trying to stop mobile phones being operated in cars on the move and what happens when we get into a mobile signal black-spot and it racks up data charges?

Older less tech-savvy customers might struggle with this technology and would prefer a proper factory-fitted system.

The interior quality looks good and appears well crafted with carbon and piano black trim inserts. The front seats also have a sports design with body-hugging side bolsters. Large areas of the dashboard and door panels are trimmed with a soft, dimpled, leather-like material. Interior refinement is good due to the extensive use of sound insulation within the body panels as well as the use of acoustic glazing and floor insulation material. 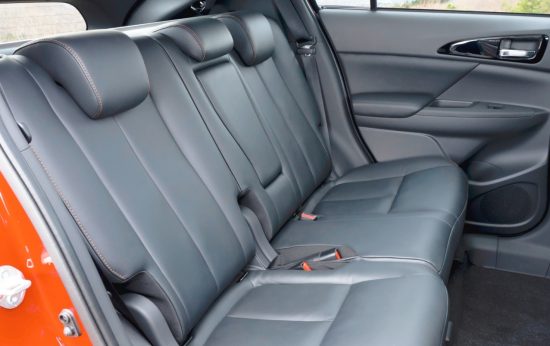 The Eclipse Cross creates a roomy and airy interior with 60:40 split rear seats slide-and-recline adjustments and plenty of legroom due to the 200mm sliding range and the seat backs can be reclined through eight positions. 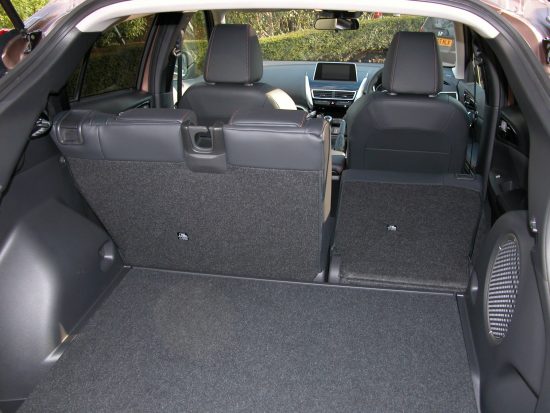 Boot space starts at 341-litres but sliding them forwards this goes up to 448-litres and expands to 1,481-litres with the rear seat backs folded down. For those that tow the petrol powered models have a braked towing weight of 1,600kg. At this week’s UK media launch I had the opportunity to drive the new 1.5-litre petrol powered models in 2WD with the six-speed manual gearbox and with 4WD automatic forms.

The petrol powered Eclipse Cross models will be more expensive to run than some of its petrol and diesel rivals but at least the new engine has strong response when needed whilst it is smooth at low speeds. It felt more responsive and lively with the manual gearbox. Although the CVT auto has a simulated eight-speed operation, in its fully auto mode it hangs onto gears too long and like most CVT’s it saps power and so the engine appears noisy during acceleration and dulls its responsiveness.

Things improve if you drive using the steering column mounted paddle gear shifters which allows more prompt gearchange points for open road driving on winding country roads. Around in-town traffic the CVT in its fully auto mode worked in a more refined way. It’s a pity that if you want 4WD you have to have the CVT auto option.

As for real life fuel economy my test driving spells, using open and winding country roads in Wiltshire and Berkshire, the real-life fuel economy figure was 34mpg for the 2WD manual model and 34.3mpg for the 4WD automatic, neither of which were close enough to the official Combined Cycle figures of 42.8 and 40.4mpg.

The 4WD system uses the latest version of Mitsubishi Super-All-Wheel Control (S-AWC) system which controls the torque and braking force to each wheel depending upon the demands of where most traction is needed most of all. The system also includes Yaw Control for the chassis handling system and that includes measuring and adjusting steering input. The integrated systems also provide Auto, Snow and Gravel modes plus a Sport setting.

The Eclipse Cross I found handled really well, better than most in this fast growing market sector and it lived up to its sports Crossover billing. The steering was really fast and sharp and the balance of handling and compliant and comfortable ride was excellent. The suspension errs towards the soft side but that’s no bad thing and the multi-link rear system does a far better job of absorbing and controlling impacts from potholes and poor tarmac surfaces than the usual twist beam axle used by the majority of its competitors.

Overall the Mitsubishi Eclipse Cross has lots to commend it in a totally over-subscribed sector of the new car market where the choice is too much and the competition cut-throat. The vehicle has really good points to commend it; price, styling, size, specification, safety equipment, composed ride comfort and handling and potentially the new 1.5-litre petrol engine. 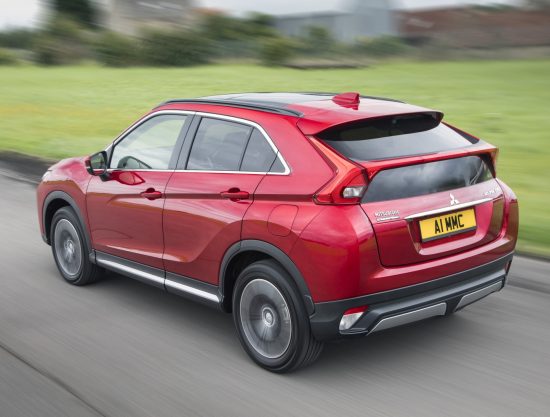 But the downside is that if you want 4WD it comes with a CVT auto gearbox which pushes up the already high running and tax costs. Not having a proper integrated sat-nav option is also a negative issue although I agree that mobile phones and after market units are cheaper, if not user friendly or necessarily safer choices.