You are here: Home / 2019 Motorsport / Cruel blow to Evans in Corsican thriller 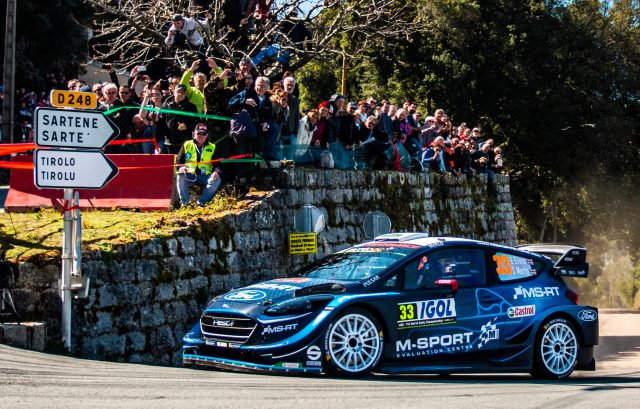 Welsh star Elfyn Evans was cruelly robbed of a second win in the FIA World Rally Championship in a dramatic and heart-breaking finale to last weekend’s Tour de Corse, the campaign’s first round staged on asphalt.

Known as the ‘Rally of Ten Thousand Corners’, the Corsican classic lived up to its billing producing plenty of twists and turns, and ultimately despair for Evans.

Having been in the lead battle throughout, the 30-year-old from Dolgellau, Wales held a sizeable 11.5 second entering the final timed section. Unluckily, though, his rally leading M-Sport Ford Fiesta suffered a last-gasp puncture losing him what seemed a certain victory to add to his famous home Wales Rally GB win in 2017. 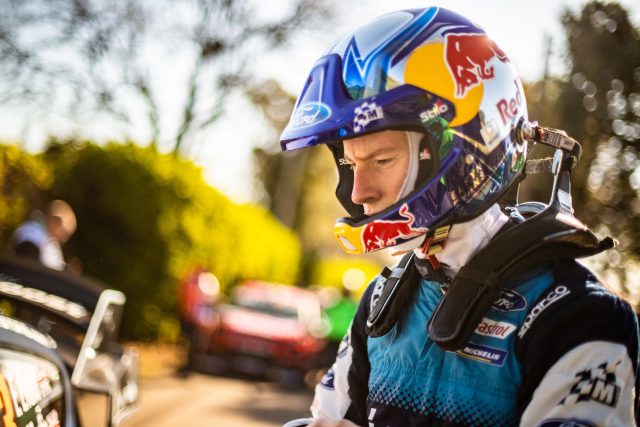 “It’s very difficult to accept and very unexpected but overall it’s been a really positive weekend and we know that we had the speed to win,” said the understandably deflated Welshman who limped home with co-driver Scott Martin to take third place.

“I’m not sure exactly what happened, but it felt like we were in the middle of the road and just unfortunate to hit a stone or something in the line.”

“Straight away I knew it didn’t sound good, and sure enough a couple of hundred metres later we got the puncture alarm. We had six miles to go and I knew that if we stopped to change it we would lose a lot of positions. We decided to continue, and thankfully made it to the end to salvage a podium.

“Perhaps it’s not the result we wanted, but the pace is there and I think we can all take confidence from that moving forward. We’ve had a pretty strong start to the season so far and I’ve been really happy with the Fiesta on all four of the opening rounds. The guys back at M-Sport are working exceptionally hard and making improvements all the time so I see no reason why we can’t continue this form into the coming events.”

Evans’ late drama handed victory to a surprised Thierry Neuville – the Hyundai driver becoming the third different winner in the opening four rounds of this year’s fiercely-fought and unpredictable world championship. The Belgian ace consequently leads the thrilling 2019 title race, which now heads to Argentina and Chile en route to the UK for Wales Rally GB in early October.