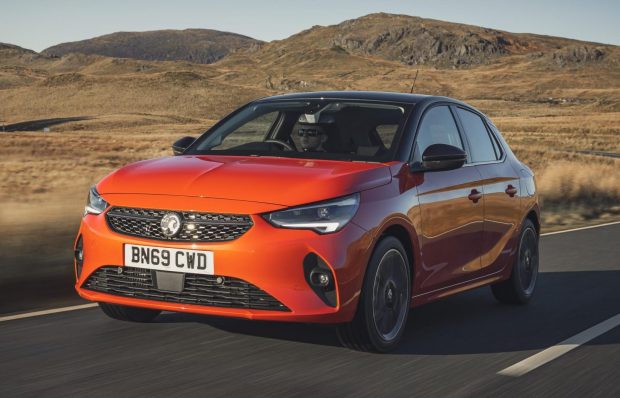 Second and third were the Toyota Yaris and Ford Fiesta, which has been the best seller in Wales for many years until quite recently and it’s lost the crown.

The country’s best selling crossover was once again the MG ZS and it outsold Ford Focus.

The rest of the top ten were completed by the Renault Captur, MG3, Dacia Sandero, Ford Puma and Audi A1.

What has become plain is the steady rise in pure battery electric vehicles alongside plug-in hybrids as buying incentives grow along with a public charging network and home-charging system deals by power companies and car makers.

As car dealerships around the country have been opening for business, research from AA Financial Services suggests the impact of isolation – and the effect it has had on people’s search for how they find and fund their next car – could have long-lasting effects for the industry.

Asking a representative sample of drivers planning to purchase a car in the next year how the outbreak of coronavirus had impacted their car buying plans for the year ahead, the results showed that demand remained.

Overall, a third (33%) said coronavirus had not dented their plans to buy a car – rising to 55% of those aged over 55, pointing to a potential spike in the coming weeks and months. Almost 2 in 5 (38%) still intended to go ahead with a car purchase but had delayed their plans until coronavirus was under control.

However, the effects of lockdown in recent months – and increased reliance on online shopping – were also visible. Overall, one in eight (13%) said they would be finding and funding their car online.  The 25-34 age group were the most likely to be considering buying online (17%), and four times as likely as those over 55 (4%).

This finding is reflected in the visits to the AA Cars website which has seen a 90% increase in traffic since lockdown began, with car loans over the last month also up 20%.

Seán Kemple, Director of Sales at Close Brothers Motor Finance, said,“The UK motor industry has been through big changes in June, and this is beginning to reap rewards as car sales start creeping back up from the last three months.

“The V-shaped recovery that we’ve already seen in China and Germany should be mirrored in the UK – we all have our fingers crossed as the country starts its ascent. Car dealerships have reopened in parts of the country and buyers have been taking to showrooms to book in their test drives and get their hands on the cars they wanted during the lockdown. This release of pent-up demand caused a 71% increase in the volume of new car leads in the first two weeks of June for Auto Trader*, and this trend is only getting stronger as lockdown measures ease.”

He added, “But with demand putting immense pressure on supply, the biggest challenge now will be for carmakers. Faced with social distancing restrictions, job losses, and falling profits, it will be no easy task to kickstart production to pre-Covid-19 levels. Beyond the immediate uplift, once available stock has been swept off the forecourts, buyers will likely face long waiting times for their cars which will slow recovery.

“The whole market has been caught in the net; manufacturers, dealers, and finance providers alike are dealing with a sudden surge in demand while recovering from the financial impact on their business. Support from the Government will be crucial to get the sector back to strength, as will the expertise from dealers to help consumers feel confident in their big purchase.”