On a regular basis the UK’s Society of Motor Manufacturers and Traders get together the latest new models at one of their test days for accredited motoring journalists to briefly sample the latest new car offerings.

At the most recent event, due to the fact that sales of SUVs of all sizes and prices are booming and accounting for one of every three new cars sold, I took the opportunity to sample the most affordable SUV on sale in the UK – the new Dacia Duster. At the other end of the market sector I tried the largest SUV and most expensive Lexus has offered on sale in this country – RX450hL. So dear reader you get two mini-reviews instead of one – bargain! 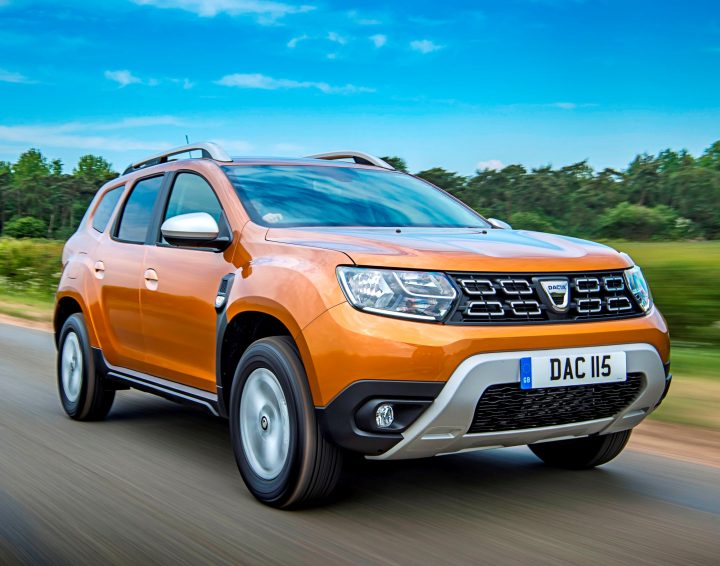 The second generation five door Dacia Duster compact SUV was actually debuted at the Frankfurt Show a year ago but deliveries to UK customers only started from July this year.

Dacia says the Duster is the UK’s most affordable SUV with prices starting from £9,995 on-the-road.  Not a single body panel is carried over from the previous car launched in the UK in 2013 and since then it has received numerous awards – mostly for value for money.

Although Dacia sales didn’t start in the UK until 2013, the Romanian brand was re-launched in Europe by parent company Groupe Renault in 2004 and over five million Dacia models have been sold in that time with 120,000 of them in the UK.

At launch the latest Duster came with a choice of one petrol and one diesel engine but more have just been announced and will follow in due course. Currently the 1.6-litre SCe 115hp (2WD and 4WD versions) and the Blue 1.5-litre dCi 115 (2WD) both use a manual gearbox. The additional engines announced at the Paris Motor Show last week are 1.3-litre TCe 130 and 150hp petrol units.

My very brief test drive with the new Duster was with the popular 1.6-litre SCe 115hp petrol engine with its five speed manual gearbox, 2WD and Comfort specification. The price is a very attractive £13,195 considering the specification included and summarised earlier in this editorial. 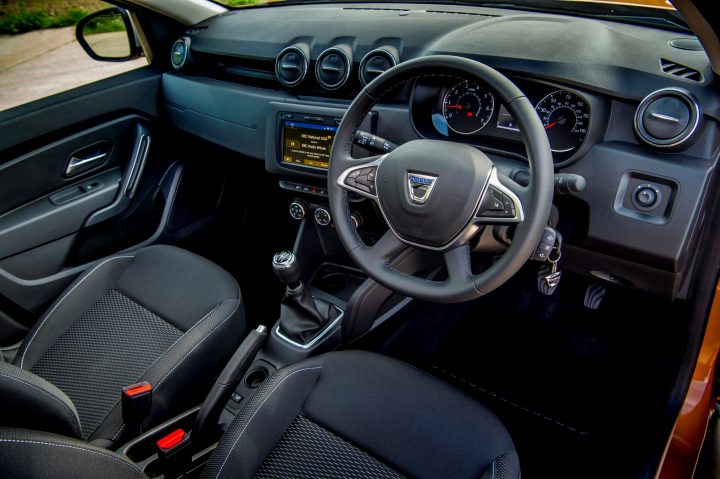 The exterior looks are more muscular than the first generation models although the dimensions are the same. It has all the hallmarks of an SUV with 16-inch alloy wheels, front and rear skid plates and satin chrome roof bars. There has been a general upgrading of the interior quality fit and finish and it’s a comfortable vehicle.

It’s not the most dynamic in the handling department but given its target customers it suffices well enough. It feels sturdy and strong and is backed up by a three-years 60,000-mile warranty. That is not generous but it seems to match what most others offer in this sector except for the Kia and Hyundai brands and given the price of the vehicle you get what you pay for.

The 1.6-litre petrol engine gives a modest 115hp output and a limited amount of torque at 156Nm at a high 4,000rpm. Matched with only a five speed gearbox full use needs to be made of these ratios to keep the engine in its powerband. At cruising speeds a sixth gear ratio would have provided a more fuel and CO2 efficient performance and less noisy ride.

Top speed mirrors the modest power available with 107mph and zero to 60mph takes a length 11.7-seconds.  The petrol unit is not particularly fuel-frugal with a new WLTP Combined Cycle figure of 43.5mpg on my short test drive using country roads it returned an ‘honest’ 40.8mpg.  The CO2 emissions are high at 149g/km so whilst the purchase price is low cost, running costs are not with VED First Year road tax being £205 before the £140 Standard rate is applied.  Company car drivers will pay a hefty 30% Benefit-in-Kind tax. Insurance costs are better though with an 11 Group rating.

For those wanting a new compact SUV styled car on a modest budget the latest Duster still remains an attractive vehicle with high levels of spec but with lower levels of performance. You get what you pay for. 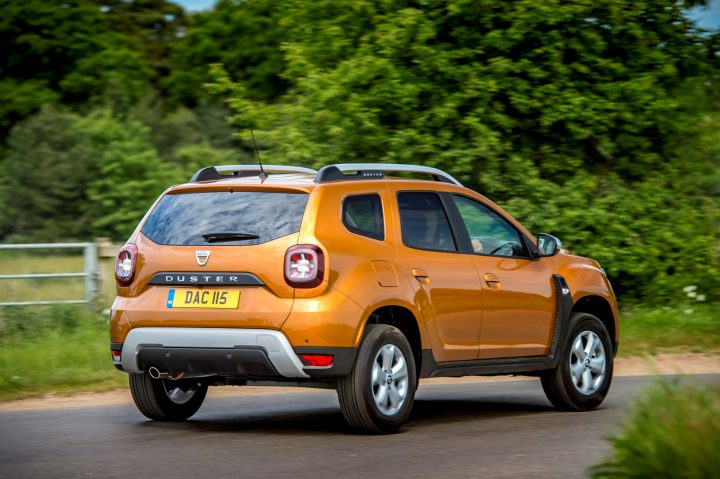 Against: Not very sophisticated to drive, mediocre fuel economy, high-ish CO2 emissions and tax costs for its size. 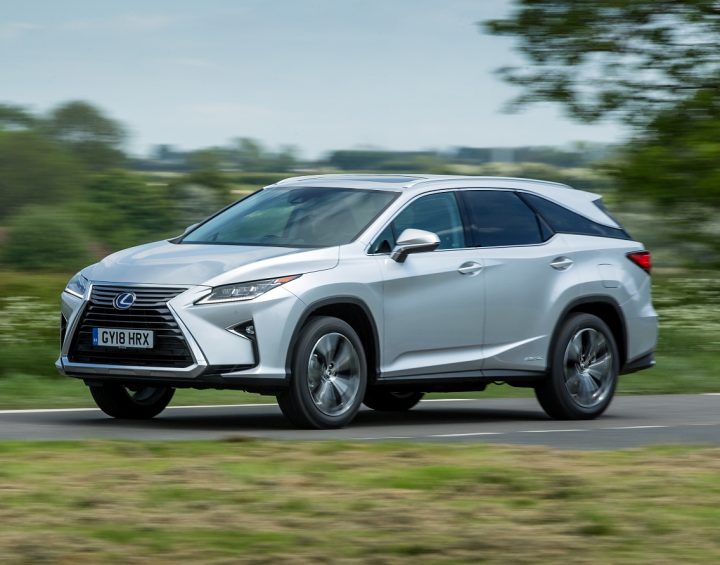 The RX450hL is the first seven seat model Lexus has sold in the UK joining the RX450h five door SUV line-up in June this year.

It is available with three high specification levels of equipment; SE, Luxury and Premier. All feature a power folding third row of two seats and triple zone air-con. Prices start at £50,995 and go up to £61,995.

The RX450h range of five seat models sold 2,351 units in the UK last year but in 2019 the first full year of RX450h and RX450hL availability, sales are expected to be around 2,500 units with 70% of customers choosing the five seat version and 30% the new seven seat variant.

No matter what seating layout is ordered all versions are powered by the same Lexus self-charging hybrid powertrain system which consists of a 3.5-litre, V6, DOHC petrol engine supported by two electric motors, one at the front and one at the rear. The rear unit provides 4WD traction when needed but it also operates as a generator to charge the nickel metal-hybride battery pack.

Total system power output is 308bhp with maximum engine torque of 335Nm at 4,600. But more torque of 335Nm from the front electric motor and 139Nm from the rear unit ensures high total torque is available from the first instance of vehicle movement up to almost the vehicle’s maximum speed 112mph with zero to 62mph taking 8.0-seconds.

It is this huge and responsive amount of torque that provides such an impressive smooth acceleration response from low to high speeds and the beauty of it is it is self charging. During my brief test drive, even though the battery indicator showed it to be 70% discharged when I got into the vehicle, after a few miles the battery was virtually full again with charging via the generator/electric motor and the regenerative braking energy capture function.

The electric motors provide seamless electric support power to ease the load of the petrol engine. The hybrid powertrain uses a CVT transmission and again the ample amount of torque means the gearbox never appears to sap the power available when driven in a normal manner although the engine noise does rise during harder acceleration.

It’s fuel efficient given the size of the vehicle with a Combined Cycle figure of 47.1mpg and on my test drive it returned 43.7mpg and that was driving using winding country roads and only for a short journey.  The CO2 emissions benefit as well from the hybrid system with a CO2 figure of 138g/km so for the business users that equates to a Benefit-in-Kind tax cost of just 28%.  The VED road tax costs are £195 First Year rate because it receives a £10 Alternative Fuel Discount and the Standard rate is also £10 cheaper at £130 because of the discount.

However as the vehicle costs over £40K it does incur the £310 annual supplement from year two for five years.  The insurance is Group 43E and the warranty 3-years 60,000-miles although the hybrid components get a 5-years/60,000-miles coverage rate.

The actual version of the RX450hL I tried was the top spec £61,995 Premier level, the only model Lexus had at the event. I’m not listing all the equipment or specification, its suffice to say it is fully loaded with all the latest driving support and alert safety functions and connectivity solutions and of course superior sat-nav and sound system functions and finally it has impeccable build quality. 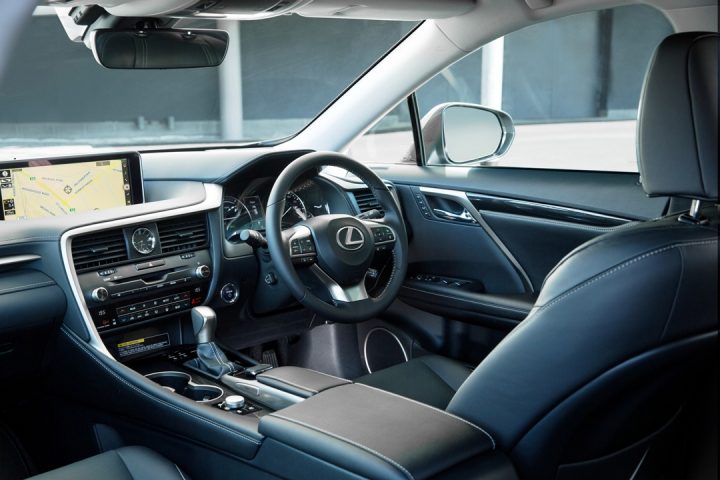 The ride quality is excellent in a refined and leisurely sort of way as large Audi, BMW, Mercedes and Range Rover SUVs are more focussed on fast road use with their 4WD systems. Its most likely competitor is the Volvo XC90 T8 Twin engine SUV at roughly the same price.

But the Volvo has a 2.0-litre petrol engine supported by two electric motors and it is a PHEV plug-in hybrid so its First Year road tax and company car taxes are lower and it has a longer electric power only driving range. Like the Lexus it has 4WD.

The extended rear end length of the Lexus RX450hL has not upset the vehicles proportions. Unlike most other seven-seater SUVs the third row of seats has not been squeezed into the same body length as five-seater models. That said the legroom for the third row of seats is still very limited. In practise it serves better as a five-seater with the extra rear cabin space being used for carrying luggage. The overall length is 5,000mm, its 1,895mm wide and 1,700mm high so it’s big so having a 360-degree camera certainly helps with visibility.  Load space varies between 495 and 966-litres but there is even more with the second and third rows of seats folded down making it cavernous if needed.

This is no doubt it is a niche large luxury hybrid seven seat SUV and in its sector not unduly expensive. Electrification is the current trend in the motor industry but this technology in big SUVs is expensive to buy even if it’s a greener road to reducing emissions and personal taxes. 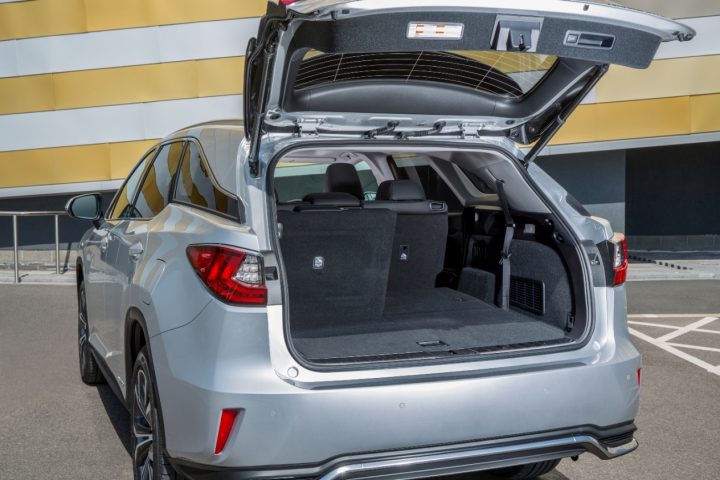