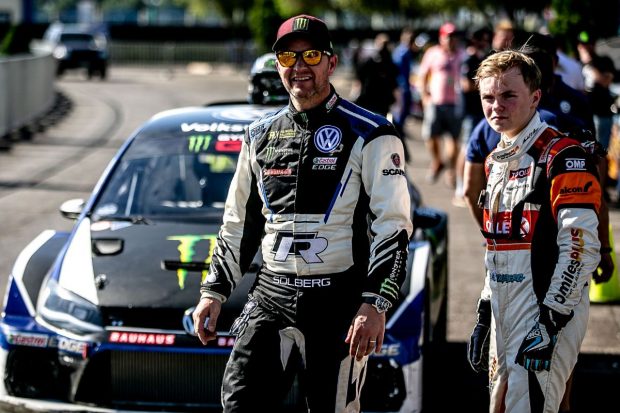 The 2003 World Rally Champion is no stranger to Britain’s WRC encounter; he’s started it 15-times and won four times.

Between 2002 and 2005, he and Welsh co-driver Phil Mills dominated the world championship’s Welsh stages. Mills will be dusting off his overalls once more and will return to revive the winning partnership.

Son Oliver Solberg (shown above with his father) was just one-year-old when his father started that extraordinary period of dominance of Wales Rally GB. This year the highly-rated young gun will be 18 and he will make his WRC debut in an identical Volkswagen Polo GTI R5 to that of his father in Wales. Watch out for some fast family rivalry.