Rising electric costs are blowing the fuse on plans for expanding ev sales in Britain.

A comprehensive survey by Rivervale Leasing found that the escalating cost of energy is the most common concern, as 21% say that they think the potential of higher home charging tariffs could stop the UK from switching to electric. 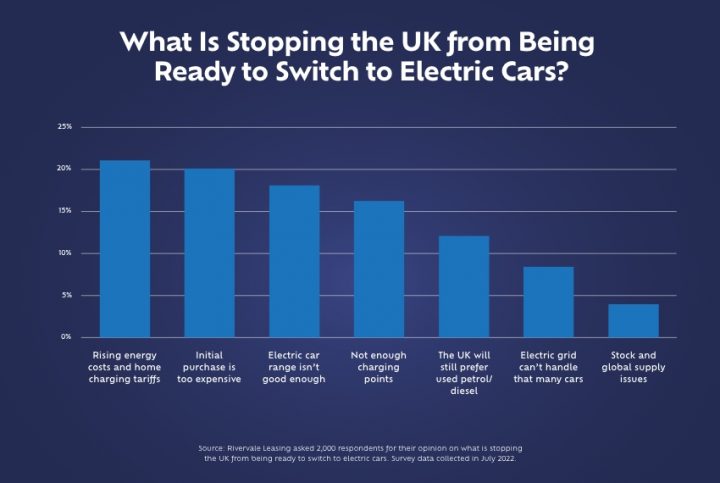 Vince Pemberton, Chief executive officer at Rivervale Leasing admits, “It’s not the strongest environment at the moment for buyer confidence.

“There might be a higher upfront cost in going electric but the longer-term saving is substantial. I don’t think this is made clear enough”

Pemberton continues, citing rocketing fuel costs among other factors. “If you’re lucky enough to have a driveway or off-road parking with access to charge points, even better.

“There are apps that control when you’re charging – you can do it overnight when tariffs are lowest. My car probably costs between £10 and £12 to fully charge. That gets me around 220miles.

“A diesel tank on an average family car gets you 400miles, but sets you back about £85… And it won’t be long before we’re seeing EVs with an equivalent range to petrol and diesel. It’s coming.”

About half of Brits don’t believe that the UK will ever be ready to make the switch to electric cars. But why don’t UK motorists feel ready for electric cars? 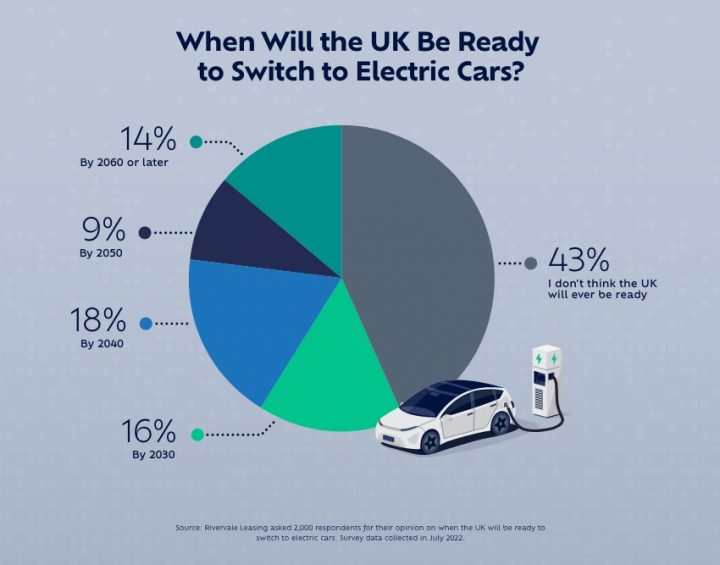