You are here: Home / Featured / BREAKING NEWS: Local trains to be nationalised in Wales 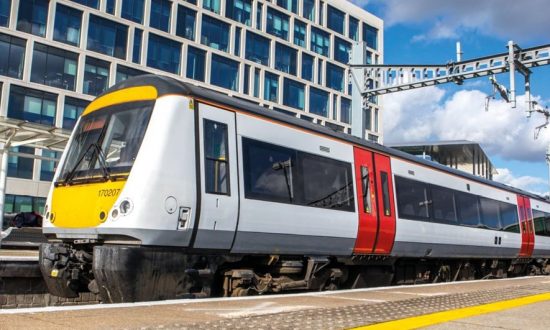 Welsh Government will nationalise local rail services after a disastrous collapse in passenger numbers due to the coronavirus restrictions.

After awarding the Wales and Borders rail franchise to Keolis and Amey two years ago the services have struggled and are now uneconomic and without Welsh Government intervention they would have collapsed.

The take over will become effective in February 2021.

Transport Minister Ken Skates said this morning that the move will help secure the future of passenger services in Wales and the Borders area, protect jobs and maintain the Welsh Government’s ambitious plans for Metro.

The move comes after a challenging period in which Covid-19 has significantly impacted passenger numbers and rail revenue across Wales.

Minister for Economy, Transport and North Wales, Ken Skates said, “The last few months have been extremely challenging for public transport in Wales and across the UK.  Covid has significantly impacted passenger revenues and the Welsh Government has had to step in with significant support to stabilise the network and keep it running.

“We have decided to transfer of day to day rail services to a new publicly owned subsidiary of Transport for Wales”.

The decision follows the collapse of rail franchises across England as the privatised model comes under strain from the ongoing coronavirus pandemic.

“In Wales we continue a partnership approach between TfW and Keolis Amey as we work together to protect services for the Welsh public, safeguard jobs and secure the important Metro projects we have been working so hard on over the last few years.” added Mr Ken Skates.

Deputy Minister for Economy and Transport Lee Waters explained, “There are no easy answers to the challenges we face in rail and in public transport over the next few years – passenger numbers have fallen and there will be difficult days ahead as we navigate through the challenges of Covid.

“We are bringing the Wales and Borders service into public hands because it is a vital asset, critical to the future of our economy and our communities.

“I want us to maintain our ambition for a high quality and integrated public transport system with modal shift at its heart over the next few years and I believe that today’s announcement is vital in helping us do that.”

“Before making this decision, Welsh Labour-led Government ministers should have consulted the Welsh Parliament on the list of failings facing the industry pre-COVID – especially the lack of outdated train stock – as well as, crucially, how much this decision is going to cost the Welsh taxpayer.

“Eyebrows will be raised, too, on why any support is being left until February 2021. There is no excuse to waste hardworking families’ taxes and that is why I call on the Welsh Labour-led Government to immediately answer our serious concerns.”