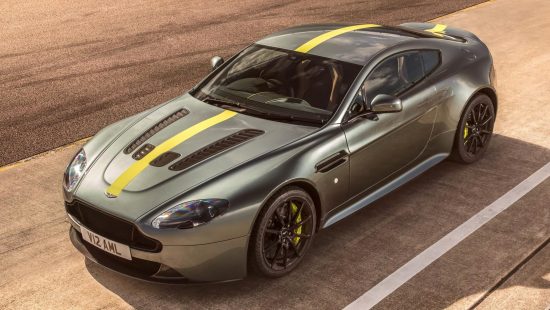 Launched at the Geneva Motor Show earlier this year, AMR amplifies and accentuates the sporting prowess of the British marque’s road cars, by taking inspiration or direct influence from Aston Martin Racing’s participation in the FIA World Endurance Championship, a series with which the marque tasted world championship success.

Both engines are fitted with automated sequential manual paddle-shift transmissions, or for the purist, six and seven-speed manual gearboxes in the V8 and V12 Vantage AMRs respectively.

Both V8 and V12 Vantage AMR models are available in both Coupe and Roadster body styles in selected markets, with recommended retail prices starting from £97,995 in the UK and €126,995 in Germany.