Thatcham Research and Euro NCAP are encouraged by the results of their latest Assisted Driving Gradings, which show all seven of the mainstream vehicle manufacturers whose cars were tested, are committed to fitting robust Assisted Driving technology at every price point.

Seven new cars were assessed during the latest tests. Five of them were pure Electric Vehicles (EVs), reflecting the increasing popularity of this type of vehicle within the new car market.

Each car was evaluated and rated for the level of assistance, level of driver engagement and effectiveness of the safety back-up offered by their Assisted Driving systems. The best systems strike a good balance between the amount of assistance provided and how much they do to ensure drivers are engaged and aware of their responsibilities behind the wheel.

Last year’s Assisted Driving Grading results prompted Thatcham Research to raise concerns that some carmakers were overselling the supposed self-driving capability of their technology. The naming, marketing and performance of Tesla’s ‘Autopilot’ system was highlighted as a concern.

Reassuringly, the capability of all the cars in this year’s assessments is being described correctly and consumers are not being led to believe they are driving a car equipped with Automated functionality.

Avery added, “All seven cars we’ve just tested are clearly marketed as having ‘driver assistance’ functions, not ‘automated’. These systems are engineered to involve and support the driver in a very cooperative manner. They’re certainly not trying to offer automation, where the driving task can be relinquished to the vehicle, and we strongly believe that’s the right thing to do.” 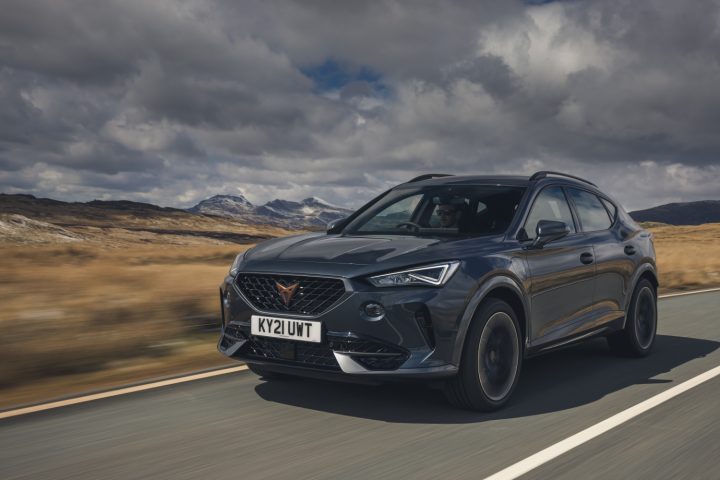 BMW’s iX3 emerged as the top performer, scoring 169 points (out of a possible 200) and earning a ‘very good’ grading, while the Ford Mustang Mach-E (152 points) and Cupra Formentor (144 points) both secured a ‘good’ grading.

The all-electric Polestar 2 (135 points) can be improved via Over the Air Updates while the Hyundai Ioniq 5 (126 points) earned a ‘moderate’ grading and the less expensive Toyota Yaris (109 points) and Vauxhall Mokka-e (101 points) were both handed an ‘entry’ grading for the solid core performance of their Assisted Driving technology.

“These encouraging results reveal solid system performance across a good spread of new vehicles, and the fact that five of the seven cars are full EVs is also positive. It shows the newest cars in this growing sector are being equipped with Assisted Driving technology that delivers comfort and safety benefits to drivers,” Avery explained.