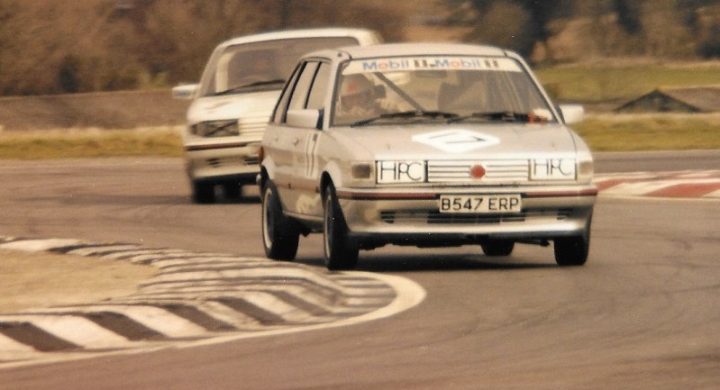 During the 1970s and 80s, one-make racing series were a popular component of motor manufacturer’s marketing strategy, used to promote chosen models, writes Ken Davies.
Among these were Ford Escort Mexico, Renault 5, Honda CRX, Ford Fiesta, VW Polo and even Porsche 924 and BWW M1 supercar championships that became popular among competitors and spectators alike, but perhaps one of the most innovative and unique was Austin Rover’s MG Maestro Challenge, run in tandem with ARG’s successful MG Metro racing series. 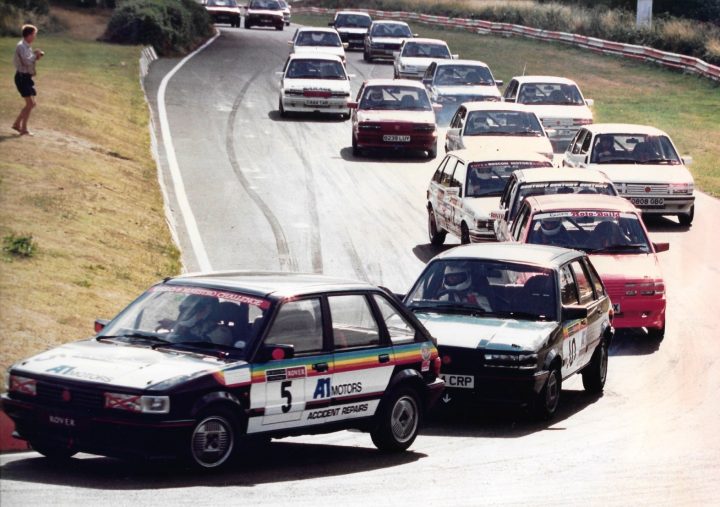 Introduced for 1986, the Mobil 1 supported MG Maestro Challenge was ingeniously conceived to discover the most versatile driver over a calendar of races, rallies, hill climbs, sprints and an Autotest, between March and October.
Run under a robust set of strictly enforced regulations controlling modifications to the cars, the series flourished, with a strong esprit de corps between competitors, many of whom were successful in any one of the motor sports disciplines.
When the series was first announced, many seasoned clubmen doubted the competition potential of the outwardly respectable £8,698 MG Maestro. But doubts were soon dispelled when the car was fitted with Austin Rover’s Group N competition handling and safety kit, which transformed the rather softly sprung showroom two-litre EFi saloon into a well-balanced and quick car. 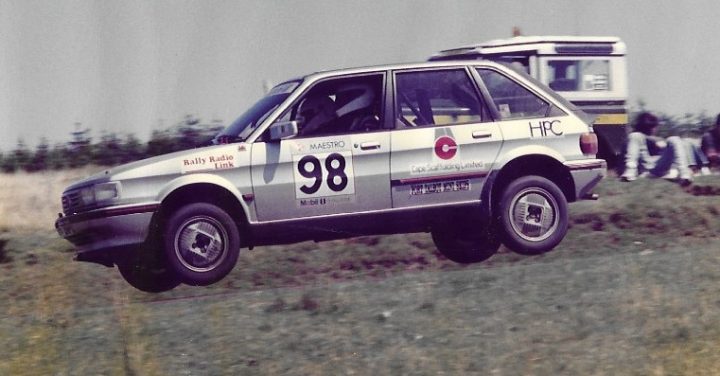 Engine power peaked at 115 bhp, taking the Maestro 0-60 in 8·5 seconds – a second quicker than the VW Golf – with a top speed of 115 mph, all reliably delivered by a five-door five-seat Hot Hatch. Many Challenge Maestros’ also served privateer owners as road cars and could be found on the school and supermarket run!
Several cars were sponsored by garages in ARG’s UK dealer network and the manufacturer actively encouraged this involvement by investing in a great deal of media promotion and even lavish hospitality at some of the higher profile rounds of the championship. To enhance the series profile even more, Austin Rover fielded two celebrity cars, prepared by Roger Dowson Engineering at Silverstone, who’d been responsible for the MG Maestro’s competition development. 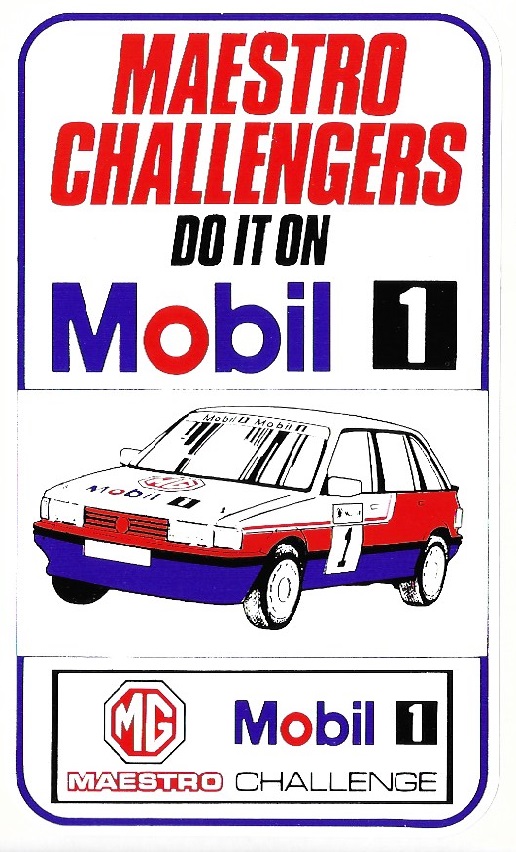 In fact, the 1987 champion was Unipart F3 and Broadspeed Touring Car star Tony Dron, also an accomplished writer. Dron did a full season in a car entered by the MG Owners Club and co-driven on rallies by its secretary, Mike Beales, including 1987/88 RAC rallies.

For five seasons 1986 – 90, the Mobil 1 MG Maestro Challenge successfully carved a niche for itself in British motorsport, developing a close-knit community of drivers and teams who competed against each other on a variety of events throughout a busy season and all accomplished in a great spirit of camaraderie.

Former Austin Rover apprentice and author Pablo Raybold thoroughly enjoyed his time in the Challenge and needed little persuasion to compile a comprehensive biography covering five seasons of the Challenge, including every event, driver and car.
Save Post as PDF