Drivers in Wales are far more likely to be breath tested in December than any other month.

Analysis of Home Office data by personal breathalyser firm AlcoSense shows that in December last year 4,551 motorists were stopped by Police across Wales on suspicion of drink driving.  This was nearly a fifth of the total for the entire year. 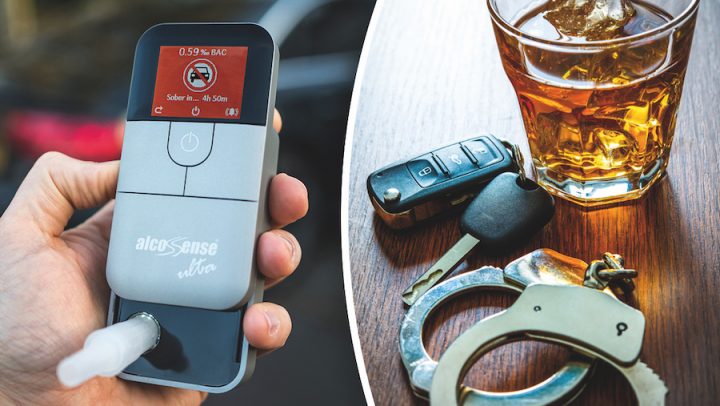 A total of 284 drivers in Wales tested positive last December.  The failure rate of 6% was nearly half the average for England and Wales of 10%.

“Police always step up the number of roadside breath tests in December, because of Christmas parties and other festive celebrations,” comments Hunter Abbott, MD of AlcoSense Breathalysers.

“Studies show people drinking more alcohol since Covid struck, particularly at home – so this increases the danger of ‘morning after’ driving with alcohol still in your system”.

A recent report by Public Health England highlighted a 25% increase in alcohol sales in shops and supermarkets between 2020 and 2019, suggesting a steep rise in home drinking.

“Even with 0.05mg/L of alcohol in breath (one-seventh of the English/Welsh limit) a motorist is 37% more likely to be involved in a fatal accident than when sober.  If in any doubt, drivers should self-test with a personal breathalyser to ensure they’re completely clear of alcohol before getting behind the wheel,” adds Hunter Abbott.

Welsh Police carried out 24,820 roadside breath tests throughout 2020, of which 3,557 were either positive or refused.

Nationally, the number of killed or seriously injured drink-drive casualties last year was 2,050 – an increase of 8% on the previous year and the highest level since 2011.  The figure includes 230 fatalities where the motorist was over the drink drive limit.