The Welsh Conservatives have accused the Labour Government in Cardiff Bay of pulverising motorists following the news that road tolls and congestion charges are part of its transport plan.

News of the latest punishment for drivers – which forms part of Labour’s transport plan – comes just days after the Labour and Plaid Cymru coalition under the alias of their cooperation agreement powered through their plans to make roads in Wales 20mph at a cost of £32.5 million.

Labour’s troubling transport record was exposed last month as both public and private transport infrastructure creaked under the pressure of multiple concerts in Cardiff. 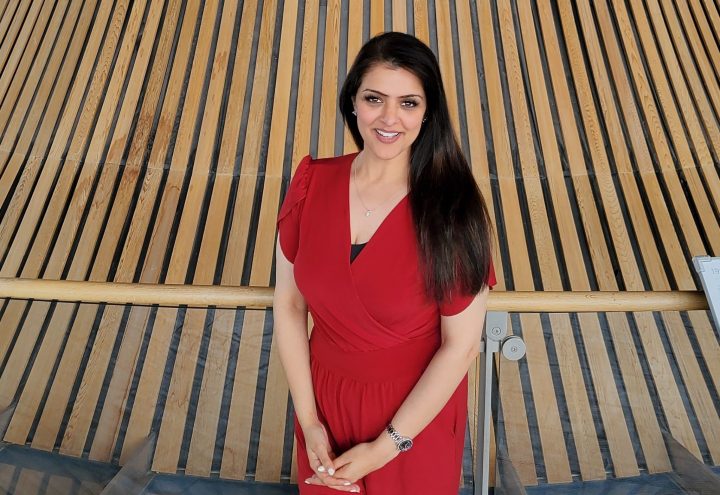 Commenting on the news, Welsh Conservative Shadow Minister for Transport, Natasha Asghar MS (above) said, “For more than two decades, Labour ministers in Cardiff Bay have let the country’s transport network fall to wrack and ruin.

“It is deeply concerning that Labour ministers have chosen to pulverise motorists once again, adding to the rising cost of driving that many families in Wales are facing.

“Labour have put the brakes on all road building and improvement projects, are rolling out ludicrous 20mph speed limits across Wales and now want to hit drivers with congestion charges and road tolls. Salaries in Wales are not up to par with the rest of the country and people are being squeezed with cost-of-living pressures, which just shows how out of touch those making decisions in Cardiff actually are.

“More people would leave their cars at home and take up greener methods of travel if they had the option, but thanks to Labour people across Wales can only dream of that.

“It is paramount Labour ministers go back to the drawing board and have a major rethink before introducing these damaging charges.”

Under the Welsh Government National Transport Delivery Plan 2022 – 2027 the responsibility for charging will be passed to local authorities to implement as they see fit.

This is expected to result in patchwork tolls centred on busy urban areas and the likes of Newport, Cardiff and Swansea but also target congestion hotspots such as the M4 Newport and Port Talbot as well as sections of the A55 along the North Wales coast.

Introducing the overall plan, Lee Waters, Deputy Minister for Climate Change, said, “Transport is the laggard on the path to healing our damaged climate, because reducing emissions from transport requires fundamental change that reaches deep into society and the lives of individuals. To do better we have to act together, right across society, with governments, communities and businesses working collaboratively to change how we travel.

“Our approach is threefold: reducing the need to travel in the first place by bringing jobs, shops, services and facilities close to where people live; making the sustainable transport modes of walking, cycling and public transport a natural attractive choice; and encouraging everyone to make those sustainable transport choices.”

On road pricing the report says, “Delivering against our targets requires a change in the way we travel. We need fewer cars on our roads, and more people using public transport, walking or cycling. An emerging area which has the potential to deliver modal shift, address carbon targets and support investment in sustainable transport is demand management schemes such as road user charging.

“The UK Secretary of State for Transport retains powers to implement universal road charging and to receive any revenue, but through the Transport Act 2000 Welsh Ministers can provide powers to local authorities to implement local schemes.”

They said there would be a carrot and stick approach. It added: “We will explore a ‘benefits and charges packages’ approach to introducing any new schemes, looking at ways to improve services before charges or introduce lower fares when charging starts.

“The Wales Transport Strategy includes a commitment to develop a national road user charging framework. Further work will be undertaken to develop a fair and equitable road user charging framework, including how local authorities can borrow against these future revenue streams to fund transport improvements; and also consider other alternatives such as work place car parking levies and road space reallocation.”

Cardiff postponed its congestion plan a few years ago when local people said they faced charges for jams created by people travelling from the Valleys and the commuters said the tolls would be a tax on their working lives because pay is poorer in their home places.