You are here: Home / News / Welsh high hopes as new era in WRC flags off today

The Toyota Gazoo Racing World Rally Team will begin a bold new era in the FIA World Rally Championship when the 2022 season begins and the GR Yaris Rally1 makes its debut on the Rally Monte-Carlo from 20 – 23 January.

The GR Yaris Rally1 is the successor to the all-conquering Yaris WRC, which claimed a clean sweep of the manufacturers’, drivers’ and co-drivers’ titles in the 2021 season that concluded just eight weeks ago at Monza in Italy. 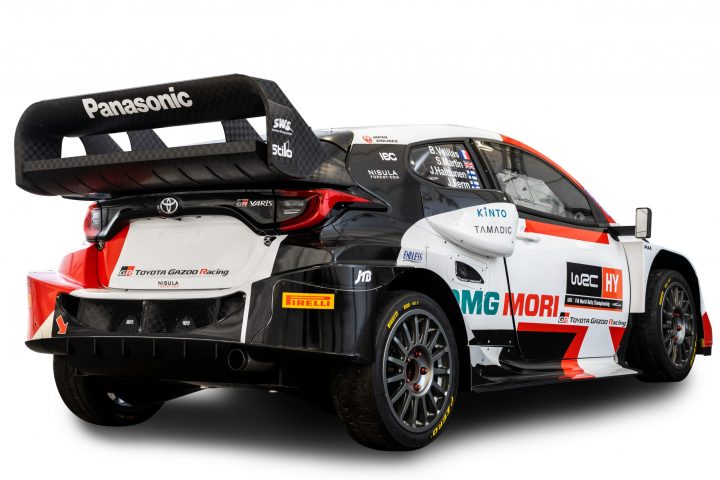 When the rally begins on tonight, the GR Yaris Rally1 of reigning champion Sébastien Ogier will be the first of the new generation of cars to start a competitive stage. The eight-time world champion, who has also won Rallye Monte-Carlo a record eight times, is embarking on a partial schedule of events this season along with a new co-driver, Benjamin Veillas.

Leading Toyota Gazoo Racing’s effort over the full season will be Welsh  driver  Elfyn Evans and his co-driver Scott Martin, who finished second in the 2021 standings, and the Finnish pairing of Kalle Rovanperä and his co-driver Jonne Halttunen, who came fourth overall last season.

The roads of the French Alps will now play host to the first event for the revolutionary Rally1 cars, which take over from the World Rally Cars that have formed the highest category of the WRC for the past quarter of a century.

Rally1 cars feature several significant changes compared to their predecessors, headlined by the arrival of hybrid technology at the highest level of rallying for the first time. The hybrid unit in each car comprises a 3.9kWh battery and a motor-generator unit (MGU) delivering an additional 100kW (132bhp) under acceleration.

In the GR Yaris Rally1 this is combined with the proven 1.6-litre turbocharged engine from the Yaris WRC to provide the drivers with more than 490bhp.

The engine will run on a 100 per cent sustainable fuel, the first of its kind to be used in an FIA world championship.

The GR Yaris Rally1 is built around a dedicated spaceframe chassis offering increased safety protection for drivers and co-drivers. Other transformations required by the regulations include less complex aerodynamics, a return to a mechanical gearshift and removal of the active centre differential. 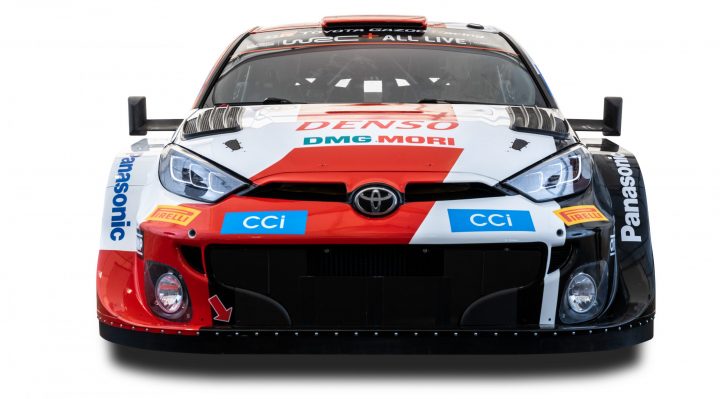 These changes will increase the focus on the skills of the drivers, who will also need to adapt to the demands around regenerating and deploying the hybrid energy on the stages, while working with their engineers to optimise the performance and drivability within these new parameters.

Since it ran for the first time last spring, the GR Yaris Rally1 has undergone a thorough testing programme which for the last few weeks has been focused on the particular demands of Rallye Monte-Carlo. The event is famed for its changeable conditions, which can vary from dry asphalt to snow and ice, and could provide an especially challenging start for the drivers in their new cars.

A total of four GR Yaris Rally1 cars will be present on every round, with Takamoto Katsuta and co-driver Aaron Johnston contesting the full season for a newly-created team, Toyota Gazoo Racing World Rally Team Next Generation.

The crews today begin three days of reconnaissance of the stages, 85 per cent of which are new compared to 2021. For the 90th edition of the rally, the service park moves to Monaco itself from Gap. After a shakedown on Thursday morning, the rally will begin in the evening from the famous Casino Square ahead of an opening pair of night stages – the second includes a return to the classic Col de Turini, to be passed in darkness for the first time since 2013.

Friday is the longest day of the rally and consists of three stages to be run twice with no mid-day service, only a tyre-fitting zone in Puget-Théniers. The task is similar on Saturday, with the action taking place further to the west: Three stages will be run in the morning, two of which will be repeated in the afternoon after a tyre-fitting zone in Digne-les-Bains. The rally’s final day on Sunday is made up of two stages run twice – the latter stage finishing in Entrevaux is the only one that is identical to last year.

The M‑Sport Ford Puma Hybrid Rally1 makes its competitive debut at the Monte Carlo Rally this week and three cars will be campaigned throughout the 2022 WRC season by drivers Craig Breen, Adrien Fourmaux and Gus Greensmith.

The 2022 WRC season marks the 25th anniversary of a hugely successful partnership between Ford and M-Sport that has delivered seven championships and more than 1,500 stage wins in iconic rally cars including the M-Sport Ford Fiesta WRC and the Ford Focus RS WRC. Since the partnership began, M-Sport and Ford have delivered a record-breaking 268 consecutive manufacturer points scoring results.

“One of the most captivating aspects of WRC down the years has been the clear link between the ultra-high performance rally cars and their road-going equivalents,” said Mark Rushbrook, global director, Ford Performance. “That’s why it’s so important that this new era of WRC reflects our industry’s shift to electrification. At Ford, we’re fully committed to an electrified future, and campaigning the M-Sport Ford Puma Hybrid Rally1 car in the toughest conditions is going to help us develop even more exciting electrified powertrains for our customers.” 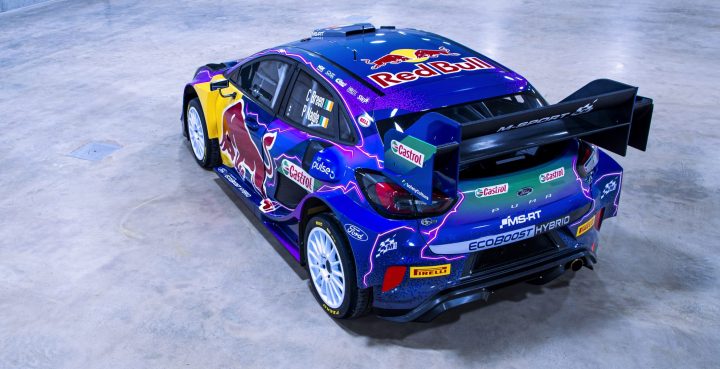 Powered using similar principles to the Puma EcoBoost Hybrid road car on which it is based, 1 the new M‑Sport Ford Puma Hybrid Rally1 is Ford’s first electrified competition car. A next-generation hybrid powertrain captures energy during braking and coasting, and stores it in a 3.9 kWh battery. The energy is then used to supplement the championship-winning performance of the turbocharged 1.6-litre EcoBoost petrol engine with repeated boosts of up to three seconds from a 100 kW electric motor.

The car can also use its electrified powertrain to travel through towns, cities, service parks and chosen sections between stages using pure-electric power. The battery pack can be recharged using an external power source at the dedicated service points between stages, with a recharge taking approximately 25 minutes.

In addition, FIA WRC Rally1 competitors will use a fossil-free fuel from the 2022 season, blending synthetic and bio-degradable elements to produce a fuel that is 100 per cent sustainable.