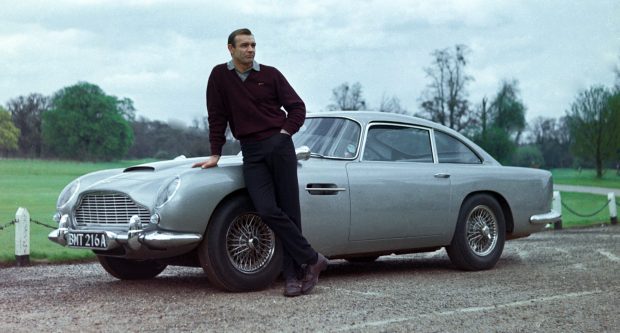 A Welsh Bond-fan is in 007-heaven after securing the closest possible registration mark to the one on the famous Aston Martin DB5 from the 1964 Goldfinger film.

It’s the final touch to the fan’s million-pound recreation of the luxury British sports car by specialists at Aston Martin.

DVLA Personalised Registrations helped the James Bond super-fan complete what will surely be the most comprehensive “sister” car to arguably the most famous car in the world – his ill-fated 1965 Aston Martin DB5. It went on to appear in the 2012 Skyfall film where it apparently was blown up.

In the Bond films, the iconic DB5 featured the registration BMT 216A, the Welsh mystery buyer bought BMT 216B during a recent on-line timed auction staged by the Agency in order to place it on his classic 1965 Aston Martin DB5 currently undergoing a full restoration which, when complete, will see it rebuilt to the exact specification to the famed classic car.

Speaking from his home in south Wales, the self-confessed James Bond fanatic, said, “It was fate, really. I agreed terms with Aston Martin Works shortly before Christmas to buy and completely restore an original 1965 DB5 to the exact specification of the ultimate Bond car when one of the team joked the only thing be missing from my car to make it complete is the BMT 216Aregistration. That set me thinking, so I searched the DVLA’s website to see if an alternative BMT-related registration was available and discovered BMT 216B was actually being auctioned in the online sale.”

He added, “What I am undertaking is an enormous project that has to treat the original car with the utmost respect. I am not building a replica. I am building what I believe to be the perfect sister car to the original, the only thing separating the two will be a couple of the famed gadgets and, thanks to the DVLA, a single letter on the registration.” 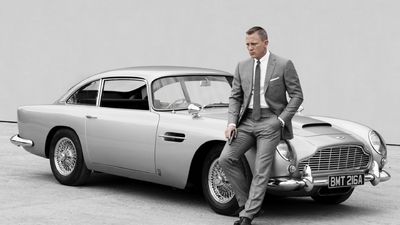 What makes the purchase of BMT 216Beven more significant is that the original BMT 216A-registered Aston Martin DB5 was stolen from a Florida airport hangar in 1997. Despite a huge investigation and world-wide search it is still missing.

DVLA Personalised Registrations is currently preparing for its second live three-day auction of 2019 which will be held at The Crowne Plaza hotel, Reading from wednesday, 15 May, featuring 1,250 lots.