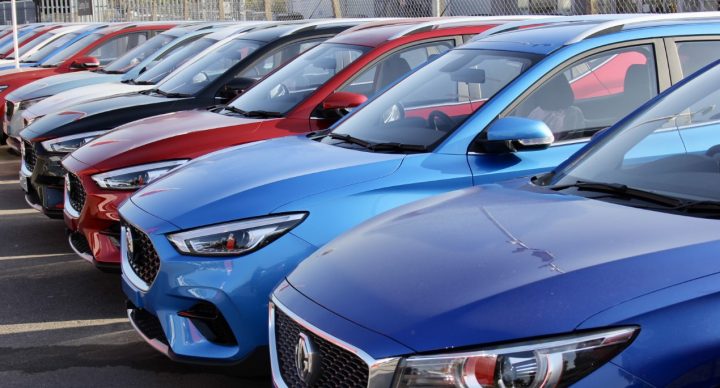 Drivers in Wales are ahead of the UK.

It’s the only part of the country to record car sales rising in September, when they went up 2.15% and contrasted with a maximum decline of 5.21% in England.

Demand for battery electric vehicles (BEVs) increased by 184.3% compared with September last year, with the month accounting for a third of all 2020’s BEV registrations.

Even with this growth, however, meeting accelerated ambitions for uptake of these vehicles will require government to get behind a truly world-class package of incentives – alongside binding targets on infrastructure to reassure consumers that recharging will be as easy as re-filling.

Private registrations have barely altered in a year but business cars have collapsed nearly 32%.

Mike Hawes, SMMT Chief Executive, said, “During a torrid year, the automotive industry has demonstrated incredible resilience, but this is not a recovery.

“Despite the boost of a new registration plate, new model introductions and attractive offers, this is still the poorest September since the two-plate system was introduced in 1999.

“Unless the pandemic is controlled and economy-wide consumer and business confidence rebuilt, the short-term future looks very challenging indeed.”

“Dealers have been managing significant demand and increased leads since dealerships reopened in June. However, limited capacity within manufacturers has presented big production challenges throughout the global pandemic, meaning that demand is not being satisfied and sales have slowed. Additionally, we tend to see pre-registrations impacting numbers towards the end of the month, however, there seems to have been less in September than in a normal month.

“Despite this, in comparison to the previous two years, car registrations are in a significantly stronger place this September. The worries of Brexit and the ramifications of WLTP that dented 2018 and 2019 sales seem largely historic. We’re seeing alternative fuelled vehicles (AFVs) comprise of a fifth of total new car sales, reflecting the shift to greener models. The green registration plate launched this month, signalling greater strides toward the UK’s sustainability goals. Dealers can be hopeful for the future, but it’s equally important to be preparing sufficiently for further obstructions to the retail landscape. Consumer behaviour is rapidly evolving, so it’s down to dealers to take stock of this and ensure that they’re providing buyers with the right advice and support.”

It has been the worst month for September registrations since the dual-numberplates were introduced 21 years ago, said James Fairclough of AA Cars.

“The financial repercussions of the pandemic are being felt across the country and major purchases, such as a new car, are clearly being put on hold.

“Although the economy has now largely reopened, the prospect of a second wave of infections, and even another national lockdown, is clearly causing significant financial anxiety. Where we are seeing some bright spots, however, is people’s dedication to a greener future.

“Diesel and petrol sales are down significantly from last year, and hybrid and electric vehicles are significantly up, reinforcing the UK’s desire to build back better.”