You are here: Home / Featured / Weird and wonderful world of car buyers exposed

The strangest, most disgusting and most memorable customer interactions with car dealers have been revealed.

Before even meeting a customer, dealers must often field all manner of unusual questions. The strangest to be reported by used car buying platform CarGurus from the last 12 months included if a car would fit a medieval jousting pole, whether a dealer would pay the buyer’s insurance for them, and how to pronounce the name of the tongue-twistingly titled… Nissan Note. 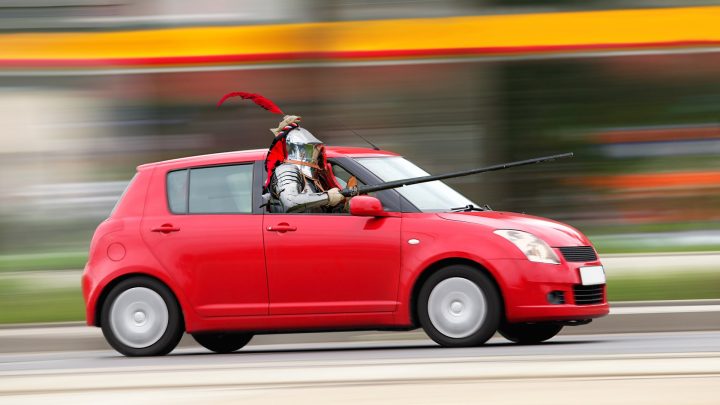 Buyer’s families played a prominent role when it came to the oddest negotiating tactics attempted, with one customer claiming his wife would divorce him if the dealer didn’t give him a bigger discount, to another offering his children in part-exchange.

It was a particular customer’s own sacrifice which stood out most, however, with one buyer insisting the dealer was offering them too much for their trade in, before going on to settle on a valuation halfway between the dealer’s and their own.

CarGurus’ survey also found dealer’s experiences were no less strange away from the forecourt, with test drives once again proving an ideal opportunity for bizarre interactions. From a customer taking a test drive home to put their pets in the car, to a salesman swapping shoes with an improperly shod test driver so his feet could better fit the pedals, dealers certainly went the extra mile to cater to their customers’ needs.

Even once the customers have left, dealers aren’t in the clear when it comes to managing strange behaviour. Everything from severed mannequin heads to false teeth, prosthetic limbs to mysterious powders and used nappies to dead mice were left in cars that had been traded in against a new purchase.

Thankfully, however, not every experience was quite so offputting for dealers over the past year, with survey respondents also keen to highlight the positive interactions they’ve had with their communities.

During what have been difficult times for many, dealers have gone the extra mile with feats including volunteering to refurbish their local RNLI’s vehicle for free, delivering a car from Devon to Lancashire at no extra cost and leaving a teddy named ‘Sue Baru’ for a customer’s child.

In return, they reported receiving bottles of wine, biscuits, cakes and even a home-grown onion as tokens of gratitude.

Chris Knapman, Global Director of Editorial Content at CarGurus, said, “While an increasing percentage of the research required to purchase a car is now carried out online, visiting a dealership remains a crucial part of the buying process for many people.

“The last 12 months have seen plenty of weird and wonderful interactions between car buyers and dealers. There’s certainly never a dull moment on Britain’s forecourts.”