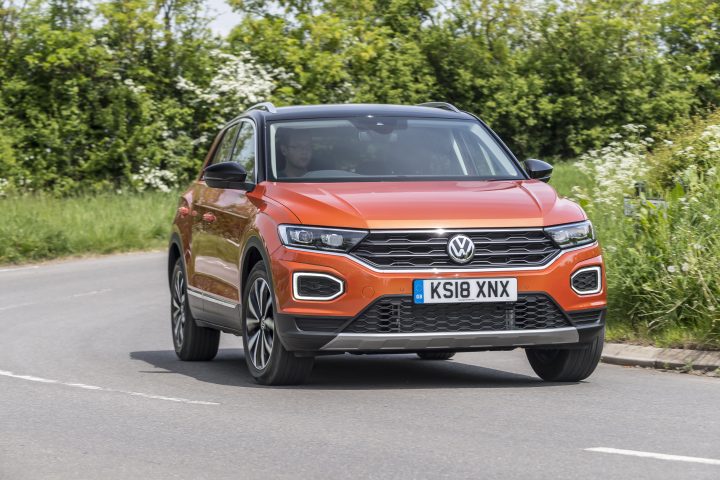 Volkswagen were quick to enter the MPV market yet took their time when it came to the modern SUV sector, but it’s been worth the wait for the medium-sized T-Roc.

There’s a very wide range of T-Roc models from which to choose with petrol or diesel engines, manual and automatic transmissions and a number of trim levels, all carefully packaged to tempt you to move on up.

If that wasn’t enough there is also a range of rivals outside the VW-roundel from its sister brands at SEAT, Skoda and Audi, without even looking at the competitors from other manufacturers.  The fight for your money has never been so fierce, or so rewarding if you pick the model to suit your needs.

VW is often considered a ‘safe’, a traditional, hard-working brand and this meant it was slow to take on the smaller SUV crossover sector, but when it launched the T-Roc it really hit the nail on the head with a model which appeals to traditional VW owners while winning over conquest sales as well. Little wonder it’s become the best selling SUV in Europe. 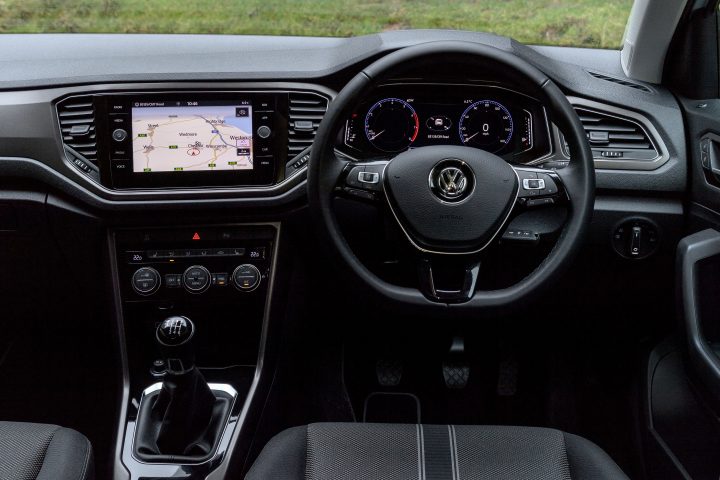 Our mid-range Design 1.6TDI with the selective catalytic reduction technology in the exhaust meant it was low polluting and much cleaner than many petrol models, but it brought the advantage of very good economy as well.

In fact, we frequently bettered the manufacturer’s own combined figure for the economy on a few journeys and even saw it heading towards 63mpg at times on motorways.

It has a respectable time from rest but it’s not a rapid Crossover SUV, and it does like to settle down to the UK maximum while its overtaking abilities are dictated by the best-chosen gear ratio as you can find yourself hunting for the right cog when the revs spin away mid-range. The 1.6TDI power band was comparatively narrow and meant  you have to carefully encourage it along and be prepared to change up or down to optimise the performance potential.

That’s not a hardship, thankfully, with a well-weighted and progressive clutch, narrow and precise gearchange and a deftness of delivery. The brakes are well up to their task with a full load and it held on our usual test slope without any issue.

For the lightness of the steering in town you have to pay with a bit of vagueness at speed, a lack of feedback. The turning circle was good and it did not suffer any kickbacks or tugging under acceleration.

Secondary controls on wheel spokes, fascia, console and touchscreen needed familiarisation but worked well and the infotainment and essential displays were large and clear. I liked the multi-panel infront of the driver and ability to select what you wanted to prioritise.

You have four driving modes from economy to individual dynamic and these transform the T-Roc from SUV to sporting carryall. They do make a perceived difference when selected.

The central infotainment display is well sized, always clear and quickly changed as selected. There’re 12v sockets front and back and two USB ports in the front, but sadly not in the rear where children might be placed on long journeys. 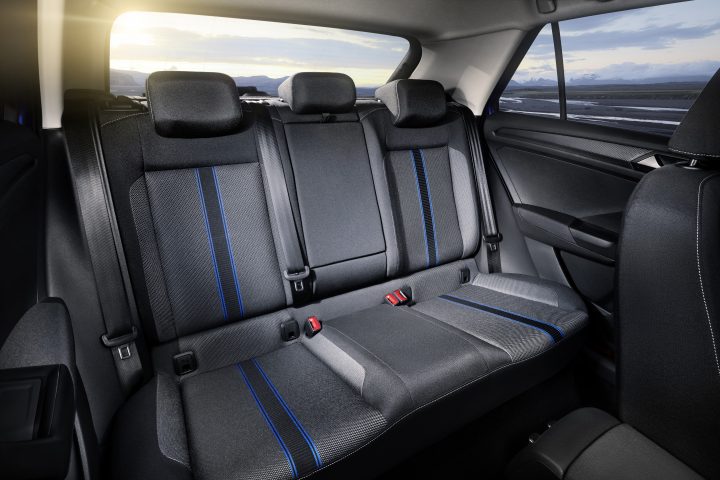 The heating and ventilation is a series of buttons and rotary controls, with front and rear heating as well, so it’s simple, worked well and had good output and directional control. Powered windows throughout were added conveniences but the Design spec does not include a sunroof.

Oddments room was good, not exceptional, with deep console trays and a compartment, slender door bins and a usefully sized glovebox, rear seatback pockets and door bins, while the rear loadbed revealed from knee-height covered a space-saver spare wheel compartment. 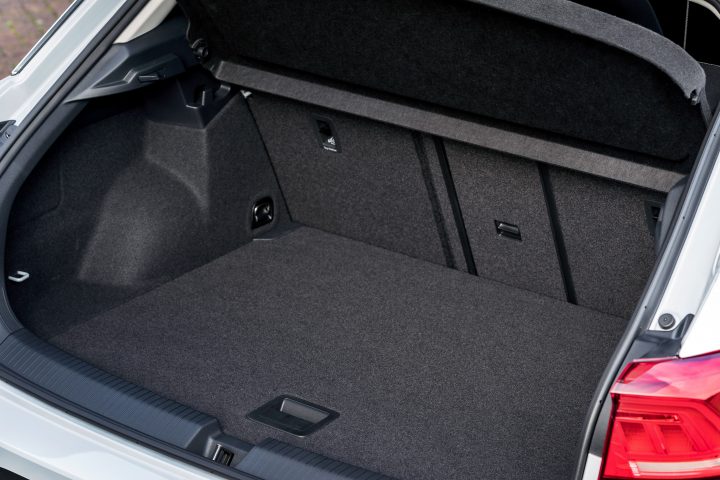 You could easily load or empty the rear, gradually increasing the capacity with offset split seatbacks folding easily but not fully flat unless the headrests were extended or removed, and everyone could climb in and enjoy good head, leg and shoulder space.

Seats adjustment infront was good, their shape cocooning if on the firm side, and the thigh support was good for anyone of average height.

I have always expected a firmer ride with any VW and I was not surprised with the T-Roc but its now a more compliant balance and comfortable overall.

Roadholding is good for what is a family SUV once you adjust to that vague steering. It grips well, has no vices and you feel safe inside. 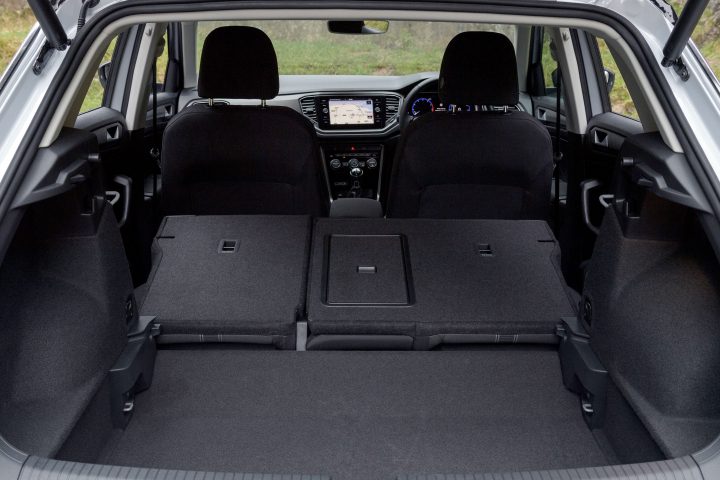 You may have some difficulties seeing over your shoulder when pulling into a line of traffic because the aligned roof pillars tend to create blindspots and the high tail and bonnet meant sensors and the rear camera are a must for safe manoeuvring.

The low waistline, strong lights and big wipers generally provided good sight-lines to sides and front irrespective of weather or time of day and you have an on-board radar system for foggy conditions to assist you as well.

With the radar and speed control engaged you have a strong sense of being safe inside the T-Roc.

Noise levels were all low, the engine was not particularly loud at any time even when accelerating, there’s not much other mechanical noise, while wind and road-generated sound was also muted. 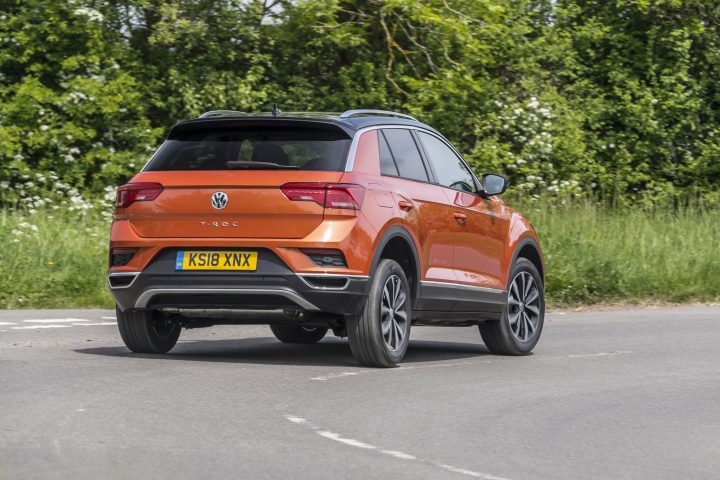 The T-Roc is unmistakably a Volkswagen from any angle, particularly the front, and sharp as its exterior is, the interior plastics and texture are drab. Even VW seem to acknowledge this with slim body-coloured panel across the fascia as some relief.

Visual details aside, the VW T-Roc is an attractive model overall with strong qualities, a hewn out of metal solidity and easy driving nature, and diesel economy to enjoy.