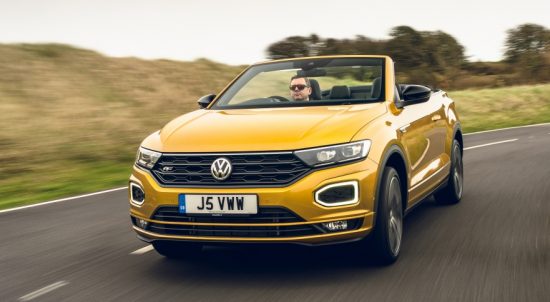 The Volkswagen T-Roc Cabriolet is definitely good for your health this summer.

We are increasingly being implored to get out into the fresh air to reduce the chance of catching Coronavirus but there are few true family four-seater convertibles on the market at this price.

You don’t want to be cooped up in a tin-top on a hot day, or any day for that matter, and a the very modern T-Roc Cabriolet blends the best of both worlds with its snug-fitting electrically powered multi-layered fabric roof and unrestricted open roof revealed in approximately nine-seconds.

The T-Roc Cabriolet is Volkswagen’s first foray into this sub-compact sector of open-air living and heavily draws on its experience with the Golf Convertible, and it shows. The roof mechanism is a straight lift because it’s so good, efficient and effective.

The familiar T-Roc SUV concept was first shown in 2014 and then launched three years later but the T-Roc Cabriolet came in 2020, so it’s been a difficult introduction and this year is really the first opportunity to win over owners. The modest range is simply split into Design or R-Line with 1.0 or 1.5 litre petrol engines and manual gearboxes or the choice of an automatic on the bigger unit. 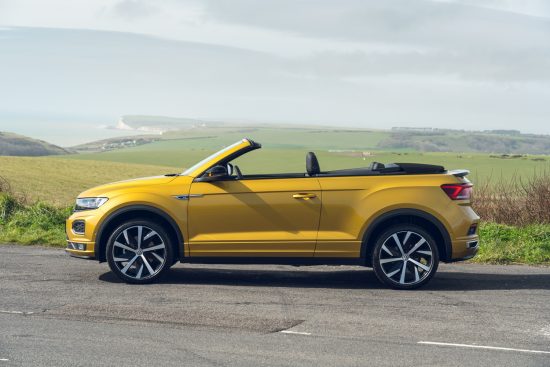 They will not be disappointed. Apart from the sophisticated powered roof it has been very well designed on the standard Volkswagen MQB platform but shares nothing with its stablemate SUV behind the front wheel arches. There are not only new panels but the floor has been given a strengthening beam to compensate for the loss of the metal roof. 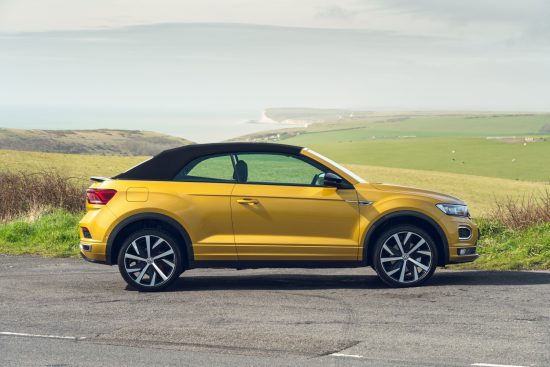 The result is a very rigid body which does not flex or twist to a noticeable extent and which admirably copes with the worst surfaces without jarring occupants. It has a slightly longer wheelbase than the standard SUV but the fixtures for the roof mechanism mean it has to be a four-seater only with a small boot suitable only for a few bags or small overnight cases. 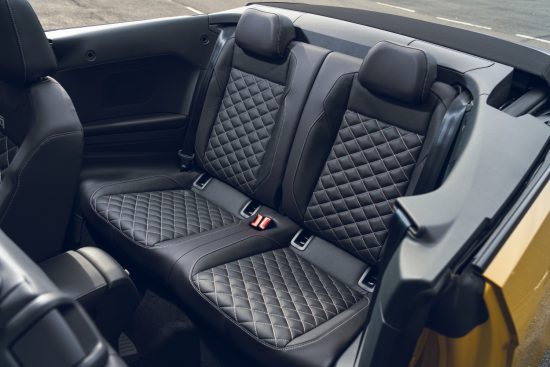 There is a surprising amount of legroom in the back however and occupants do not sit too low so they cannot see out of the powered side windows. The back seats also individually drop to permit longer items to be carried when there are fewer passengers. 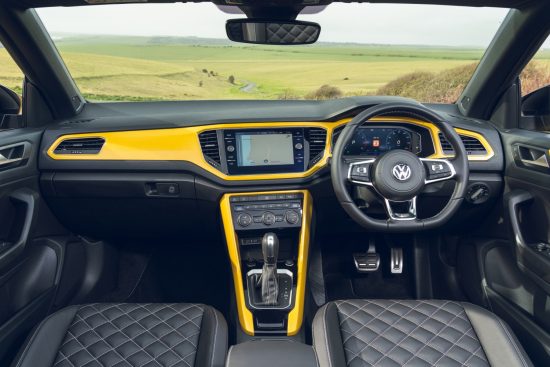 In front it’s a better story with lots of room for driver and passenger, excellent seat adjustment and very good support. Any convertible needs a good heating and ventilation system and the T-Roc Cabriolet provides it, being snug when closed and cooling to the feet on a warm day when topless.

Access was a little fiddly into the rear seats but easy into the front. All seats were well padded and located occupants during brisk cornering.

Not that you’d really want to hurry along in the car. It imbues a sense of well-being, of contentment and being on holiday every time you drive it.

That’s down to the easy to live with major and minor controls, which all worked faultlessly, with good instruments’ display and multitude of controls on the wheelspokes and fascia. A good infotainment screen was another welcome feature. 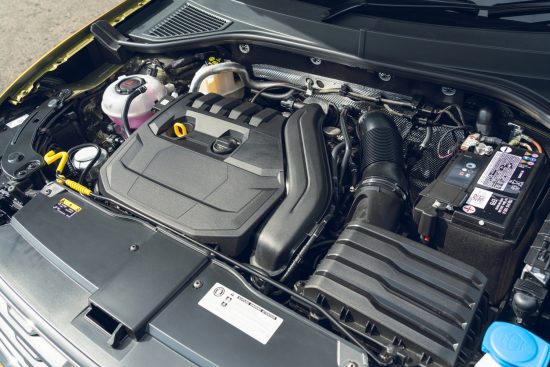 The smaller petrol engine available, a triple-pot 1.0 litre, is so finely balanced and tuned that if feels like a 1.6 most of the time and perhaps you’d only select the larger 150ps 1.5 petrol unit if you did a lot of miles on a regular basis. The 1.0 litre’s start and pickup was good, not head-turning but satisfying nevertheless.

Its smoothness remained until you headed towards maximum revs., gearchanges were slick and direct with an easy clutch and it was good to see it averaging about 45mpg, but sometimes touching 50mpg on longer journeys with little traffic.

Brakes were faultless, strong and progressive without grabbing and the electric parking brake securely held it on our regular test slope. We liked the balance and feed back to the steering, its tight turning circle and lack of vibration at any speed.

It could be accurately placed through a corner, neatly turned in town and the roadholding was safe and surefooted although we did detect a bit of body roll on the sharpest bends.

With the roof erect, the visibility was restricted a little over the shoulder but it improved when neatly folded away under the tonneau cover over the boot, although that was high and meant some parking posts might be out of sight when reversing.

To the front, good sightlines were aided by excellent washers and wipers and on the test car the high performance headlights gave a good long wide beam.

The open topped Cabriolet might generate some wind noise but it was low and we did not need to fit the baffle screen behind the front seats, mechanical noises were low but the tyres could be heard rumbling along the tarmac or bumping over bad bits of road. 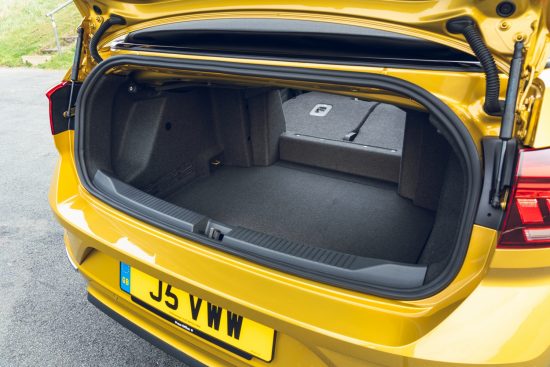 The T-Roc Cabriolet’s performance was respectable but not remarkable, save for the fuel consumption, and yet it could easily keep up with town traffic and was utterly composed at up to 70mph on a motorway.

I had to work the gearbox to get the most out of the little engine, but that was no hardship and we were rarely left wanting for a gear even if it had to be stirred along more vigorously when loaded. 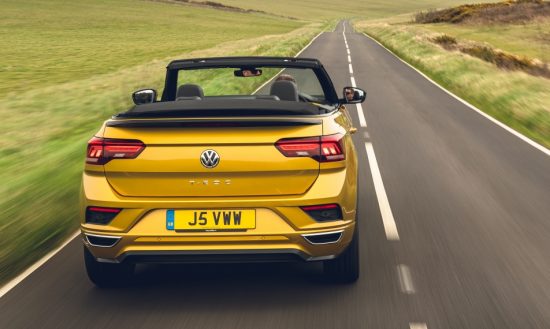 The Volkswagen T-Roc Cabriolet really is an impressive car and you get a fairly good specification as standard but carefully pick options as they carry a hefty premium. Your health will benefit from owning and driving the T-Roc Cabriolet but you may experience a sharp intake of breath when the OTR price is calculated.