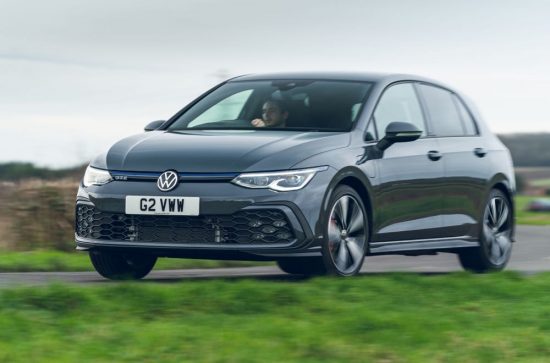 The VW Golf has often been held up as the benchmark for family hatchbacks and is frequently the best selling car in Europe, although not always in Britain, writes Robin Roberts.

After the Beetle which rebuilt VW’s brand and fortune following WW2, the Golf was really the model that put the German company on the road to success in the 1970s and provided the funds for its massive range expansion into all sectors.

VW has never forgotten the importance of the Golf and it’s gone through a few generations, embellishing each and emerging as a serious player at the cutting edge of the sector.

Introduced in 1974, there have been eight generations not including the very latest electric variants and the ID.3 successor, it has been World Car of the Year in 2009 and 2013 and was voted Europe’s car of the Year 1992 and 2013. Clearly it has pedigree.

There is an array of trim levels and engines covering petrol, diesel, hybrid and pure electric so there should be something for every driver, a point which has helped keep the Golf at the front of buyers’ minds. The test car came with £2,145 extras inc. winter pack and head-up display. 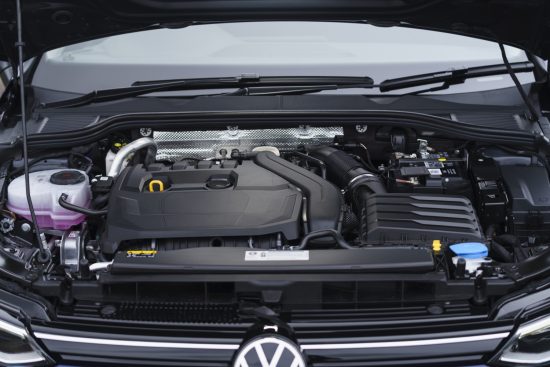 Our 110ps 1.0 litre triple-pot turbo-petrol is the new entry level model to the VW’s Golf range and blends good performance with excellent economy potential. It’s an instant starter and seemed eager to get going, delivering good pickup from stationary, pulled well with modest revs and was surprisingly smooth and fairly quiet.

As the engine was stretched through the light, precise and quiet six gears the noise became more intrusive and busy until you settled at the maximum on a dual carriageway or motorway. Cruising was a more composed affair.

Despite its hard work underfoot, the Golf 1.0TSI remained very economical, sometimes seeing 60mpg at a steady motorway pace before falling back on roads where the lower gears were needed. 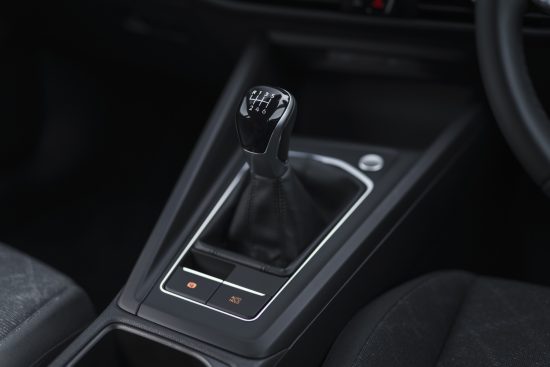 One-up, the engine had adequate power for considered overtaking but the edge of its performance was dulled as the added weight of passengers and luggage/ shopping could be felt and its fuel consumption headed towards the low 40s.

The good throttle response and flick of wrist manual gearchange was matched with a very well weighted tight-turning steering and really good light yet progressive and strong brakes underfoot. The parking brake also held it well on steep hills. 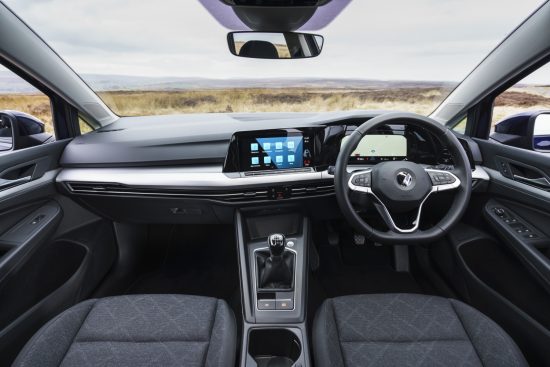 Secondary controls were well laid out and we liked the positioning, size and clarity of the big instruments screen infront of the driver together with the large infotainment display in the centre of the fascia. It was easy to use and read the chosen displays once you became use to them.

The optional head-up display puts essential data onto the screen infront of the driver and is a worthwhile addition.

Heating and ventilation was effective, comprehensive and quiet, backed up by heated rear glass and powered side windows. The winter pack includes heated steering wheel, front seats and washer jets, again all welcome. 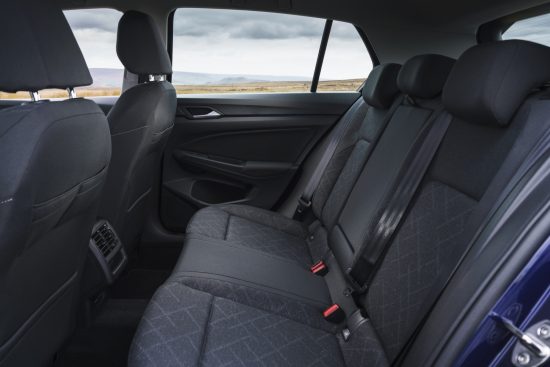 The oddments room in the Golf was reasonable but not very generous for a family car. The nominal boot capacity of 381 litres is average when five up, was easy to load with a low lip and of a good shape, and it rises to max of nearly 1,500 litres with just two seats used.

Getting into the Golf was straightforward and despite a shortage of legroom for taller rear seat passengers the accommodation was good with adequate head and shoulder room and the front seats had plenty of adjustment range and were particularly well shaped and supporting.

Visibility was very good all round with front and rear sensors, very bright long-range wide beams and excellent washers and wipers. 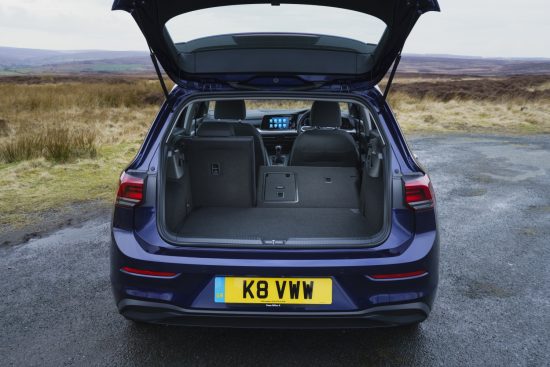 Ride quality was slightly firm but not hard or uncomfortable, there’s good shock-absorption most of the time, little body roll, no pitching or dipping and the handling was very safe with surefooted roadholding. It’s not the quickest away from standstill but it is respectable and generally composed; use the gears and you can overtake fairly briskly if you anticipate gaps in traffic.

It was a refined car with an uncluttered, even bare, look to the fascia which some like but others may not want if they are spending all this money and I would have liked more variations in texture, colours or brightwork to give some added relief. 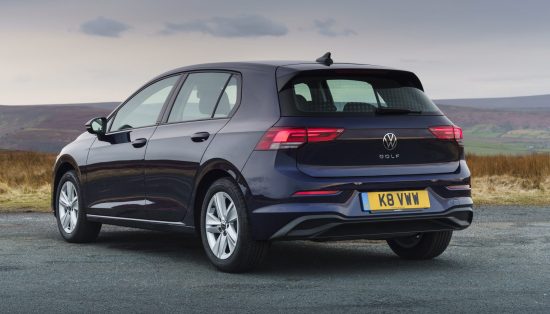 Essentially, what you see is what you get, a cleanly designed, efficient and purposeful car. It does not have the same cutting edge interior style of a small Volvo but it does not have the traditional Germany utilitarian look either. It lands squarely in the middle of both styles.

There’s no denying it has a carved out of metal block feel to its build quality and with owners now keeping cars for longer the Volkswagen Golf looks a good buy and an economical one in this Life trim with its modest but effective 1.0 litre engine.