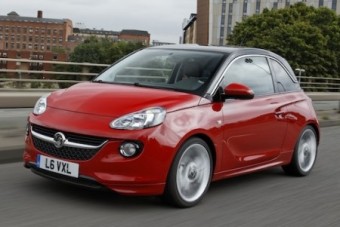 If you ever thought the new car market was becoming too samey, unexciting, and unadventurous, you haven’t tested the Vauxhall ADAM.

This modern city car from one of the oldest manufacturers is not only a breath of fresh air for them but is a significant pointer within the industry and for buyers as well.

The straightforward three-door bodystyle comes with petrol-only engines with a choice of 70, 87 and 100ps outputs in 18 models, designated by Jam, Glam or Slam trim levels. Well it beats confusing letters-only suffixes even if there is no logical progression.

Five and six-speed manual-only transmission excludes a small percentage of potential city car buyers but the prices are keen from £11,200 to £14,300.

Our mid-range ADAM Glam 1.4 ecoFlex had stop&start to maximize fuel saving potential in urban driving and it returned a reasonable 37.2mpg on test without any effort, but that’s still a long way off the indicated 55mpg. 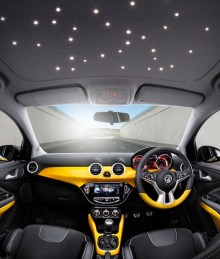 Not that it mattered because driving the ADAM Glam 1.4 was a really enjoyable experience. It did not excel in any area, but it was a very good all-rounder, an agile mover in town, an undemanding drive in the country and a composed motorway performer.

The 1.4 litre engine was quick starting, pulled well in mid-range and was quiet at the motorway maximum. I thought it would benefit from a six-speed box however, and that might have improved the overall fuel consumption and lifted it above 40mpg.

It steered nicely with little effort and while it felt a little dead to the touch the turning circle was tight in town, the brakes safely hauled down speed and the parking brake securely held it on slopes.

Handling was safe and sure but not sporting in the Glam 1.4 tested and it made up for a lack of dynamic sharpness with a fairly smooth ride irrespective of the surface under the wheels. 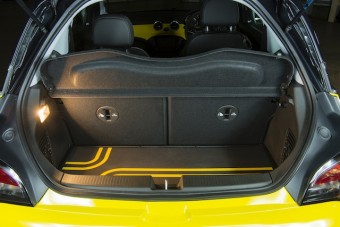 Secondary controls were well laid out and the simple instrumentation was clear, while the Glam specification included MP3, Bluetooth and CD connectivity. The stylish interior with its eye-catching fascia and console as features had good oddments room and the boot offered 170 litres for shopping but up to 663 litres with the two back seats folded flat. Luggage was easy to load and empty.

The twin passenger doors meant you had to be fairly supple to climb into the back seats, but most found the room was good once they sat down and the driver was not using the full leg-room available.

Visibility was good all round with plenty of big windows, good wash/ wipe and bright headlights but rear parking sensors are a pricey £275 if you need to buy them.

Noise levels were all low except when the engine was pushed into its higher rev-range and the shortages of gears showed up. 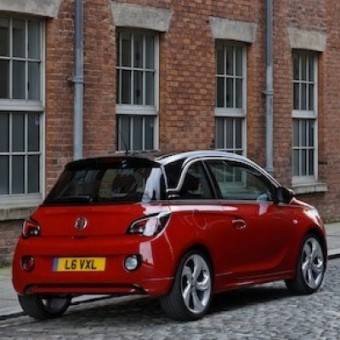 Vauxhall ADAM did everything well, nothing exceptionally, but its user friendly nature and style will win over new buyers to the brand who want something which looks different.